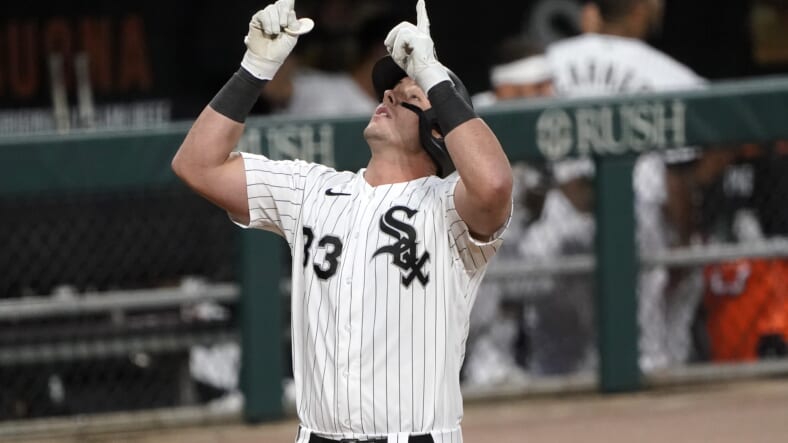 When the New York Mets locked down James McCann on a four-year deal, there were still questions about J.T. Realmuto. Why sign McCann so quickly? Was Realmuto not an option? Why are we settling for a cheaper option? McCann is all they needed as their catcher with the circumstances and the holes on the Mets roster.

Just a James McCann appreciation post for your timeline pic.twitter.com/36IQTIdp3J

Of course, Realmuto is the ultimate option as a catcher, but his requests would hurt the Mets more than help them. Just because Steve Cohen has the most money does not mean you spend it like a fool. Being smart with loads of money is the difference between the Los Angeles Dodgers and Los Angeles Angels. Both have tons of money, but one builds winners while the other wastes Mike Trout.

The Mets already had one of the best offenses in baseball without catcher production. In reality, all the Mets needed was an average hitting catcher who is good behind the plate. McCann gives you that production in a sub-par season. The contract McCann signed also allows the Mets to bring in guys like George Springer and Trevor Bauer.

Of course, Realmuto is a tier above McCann but does he make the Mets better once the season starts? Realmuto will draw out the process and end up signing one of the two largest deals this offseason. If the Mets played the waiting game, they run the risk of losing McCann.

In that scenario, the Mets give Realmuto six years and more money than they expected. If they pass, they will end up with a catcher at a level way below their expectations. With the market where it is, signing McCann shows the Mets will run the offseason how they want. They are forcing agents to follow their terms, not the other way around.

Whether it is Johnny Bench, Mike Piazza, or Buster Posey, all great catchers drop off in production as their push towards their mid-30s. The Mets did not want to give six-years to Realmuto, knowing the last two years he’ll be 34 and 35. With Francisco Alvarez likely to be big-league ready by the time McCann’s contract is nearing its end, it allows the Mets to continue using their farm system.

Outside of on-field production, the best justification of this signing is what happens next. If the Mets strike out on every other big name on the market, it raises questions on why Realmuto was not signed. With the Mets track record this offseason, there is no reason to question any of their methods. As Steve Cohen said, they will not spend like a “drunken sailor.”