New York Mets: Why Wilson Ramos Should Be a DH Candidate 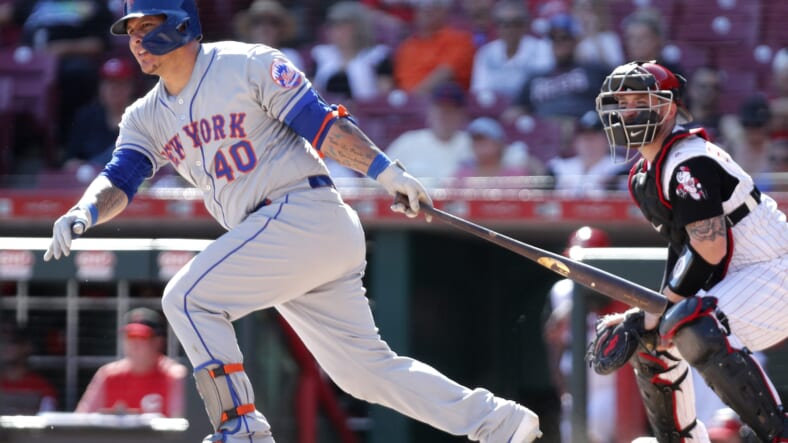 As the negotiations toward continuing the MLB season continues, one of the key topics is the universal designated hitter. The New York Mets have an abundance of options, but an overlooked choice is Wilson Ramos.

Wilson Ramos is putting the @Mets on his back. ? pic.twitter.com/P7pDxAeiSp

Ramos has one of the most reliable bats at catcher, but his defense prevents him from ranking as a top-10 catcher. His caught stealing has been below league average over the last three seasons and is in the same area with about everything else defensively. The caught sealing numbers were due in part to the inability to hold runners on, but moving Ramos to DH strengthens the defense.

Who Becomes the Catcher

This plan only works if the rosters expand to 30 for the entire season. Rene Rivera handles the bulk of the catching duty, and Tomas Nido becomes the third catcher on the roster. Rivera is better with the running game than Nido, but Nido is stronger in his framing. Rivera has a career 36 percent caught stealing for his career while Nido lags at 13 percent.

The biggest difference for the Mets is adding the extra catcher to the lineup stops them from using Yoenis Cespedes or Dominic Smith as the DH. With the depth of the Mets lineup, using Rivera/Nido should not hurt their offensive production. If they needed a pinch hitter, they could use Cespedes/Smith with the ability to put the third catcher in the game.

In extreme circumstances, the Mets lose the DH to make Ramos the catcher and play classic NL baseball. In an 82-game season with a DH, Ramos should play in all 82. Last season, he hit .307 with runners in scoring position and .367 in high leverage situations.

Keeping Ramos fresh was a key emphasis for the Mets down the stretch run of 2019. His hot hitting in the second half made it hard to take him out of the lineup. Putting him as the DH every 2-3 games allows them to keep him fresh and continue to give Cespedes/Smith the opportunity to DH when Ramos is behind the dish. It serves as an alternative plan if the Mets would rather have more offense than defense with the universal DH.