New York Mets: Why the DH is an Advantage 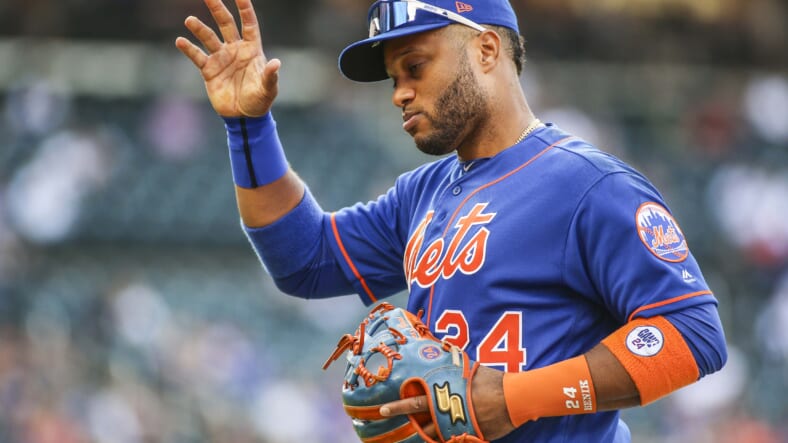 The eventual universal DH for the shortened 2020 season is going to be a significant factor in the New York Mets’ success. Recently, Fangraphs put together an article compiled with stats and projections on why the DH does not help the Mets. I agree with statistical evaluations and projections a majority of the time, but this is a different situation.

There are a lot of variables that do not go into these projections. It does not take into account the pitchers, matchups, or teams a player faces. For example, Robinson Cano only hit .215 against left-handed pitching. With a DH, Cano would likely sit while Jeff McNeil moves to second base, and the Mets adjust their defense accordingly.

It is best to understand that these numbers are just projections and do not dictate a season. It does not account for a player’s readiness after only two weeks of spring training. It also does not consider that the Mets are going to use multiple players in roles that support their offense best. Pete Alonso, Wilson Ramos, Jeff McNeil, and Michael Conforto are the only four players who can be considered as candidates to play all 82 games.

With the depth the Mets have, they can plug players in and out. Other teams do not have the same depth, which creates the advantage for the Mets. At least half of the teams in the AL would be glad to have Yoenis Cespedes, J.D. Davis, or Dominic Smith as their every day designated hitter. We have also seen that all three hitters have the ability to play everyday roles. Cespedes has even performed at MVP caliber levels during his time with the Mets.

This is not a knock on the statistics themselves, but a knock that it changes the Mets advantage. Projections only provided a back cover summary of what the entire story is.