New York Mets: What We Learned From the Hiring of Luis Rojas 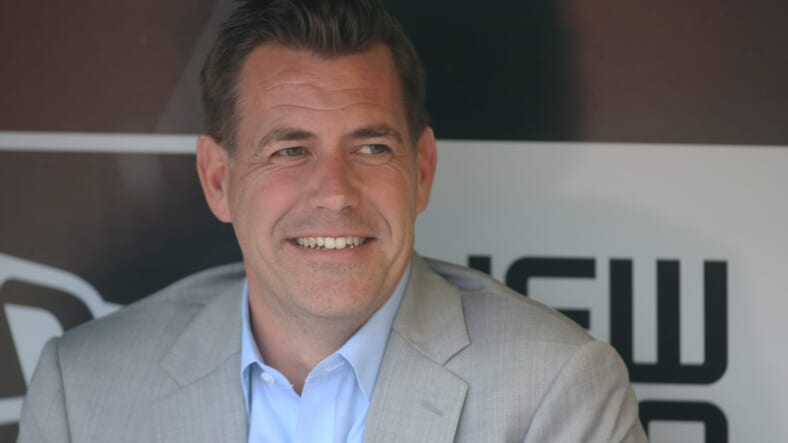 The Houston Astros cheating scandal put an unneeded variable in the future of former New York Mets manager Carlos Beltran. It brought questions on his credibility, and he eventually lost his job. General Manager Brodie Van Wagenen had to act quick and smart with two different owners overlooking every move.

One big take from my earlier report on the Mets managerial search: Steve Cohen will be evaluating Brodie Van Wagenen on this hire, and the GM knows it.

The Wilpons are gradually taking a backseat to the day to day moves as Steve Cohen begins to assume majority ownership of the organization. While the transition is occurring, there is increasing uneasiness among the executives who worked under the Wilpon regime. Every executive is under the microscope as Cohen tries to revamp the future of the Mets.

Brodie on the Hot Seat?

Van Wagenen had a tough choice to make when selecting Luis Rojas. The decision was more than simply hiring someone to replace Beltran. If Van Wagenen hired someone they initially refused to interview, such as Dusty Baker or Buck Showalter, it would be a bad look on him. It shows Van Wagenen’s role as a puppet for the Wilpon’s instead of someone thinking on his own.

Cohen will not be the control freak the Wilpon’s have been since they assumed majority ownership. Van Wagenen is trying to stay above water with Cohen. New owners usually bring in their crew of guys and quickly moves on from the old regime. Van Wagenen has made plenty of bold moves during his two offseasons as GM. The leash is very short, and the only person who can extend it is Van Wagenen himself.

Jeff Wilpon and Brodie Van Wagenen are essentially saying that in all this time, since The Athletic report dropped in mid November, they never once asked Carlos Beltran “hey, what happened in Houston?"

The hiring of Rojas is a good move bottom line. Van Wagenen had to stay inside of the organization with Spring Training quickly approaching. Rojas prior managing experience in the minors put him in line to become a future big-league manager. Almost every player on the roster has high praise for Rojas, and he has a good relationship with the young players he worked with in the minors.

The “win now” motto of Van Wagenen has never carried the significance it has now. His future with the Mets is on the shoulders of Rojas. No matter the outcome this season, he will have a job in 2021. Cohen is going to provide Van Wagenen with the freedom he did not have under the Wilpon’s.

Despite having freedom, the offseason is all but over. The only thing left as an evaluator of Van Wagenen will be the success the Mets have in 2020. If the season starts the same way 2019 did, it is hard to see Van Wagenen making it to the All-Star break.