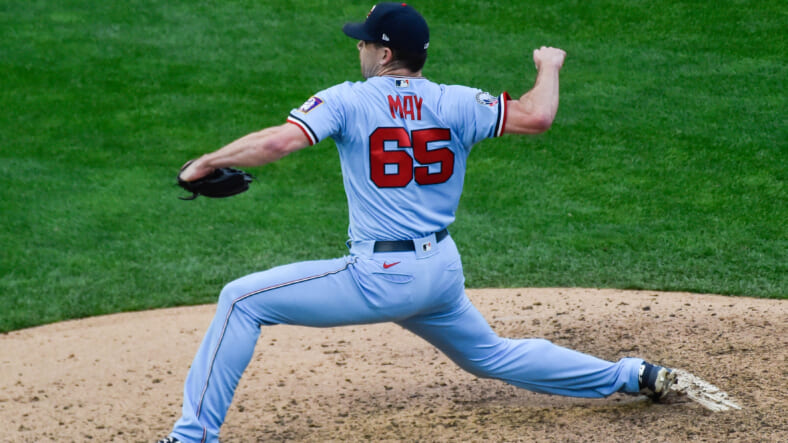 The New York Mets make their first big signing of the offseason by signing reliever Trevor May, pending a physical. After Tommy John Surgery in 2017, May has emerged as one of the best relievers in all of baseball. The new addition will definitely bolster an underachieving Mets bullpen from 2020.

Trevor May has signed with the Mets, according to multiple reports.

The first three seasons of May’s career were forgetful as he worked mainly as a starting pitcher. May had a 5.14 ERA in just over 200 innings and became a full-time reliever in 2016. Tommy John Surgery was a blessing in disguise as it revived his career once he returned.

Where Does He Fit in the Mets Bullpen?

May is another power arm to throw during the late innings. He joins Edwin Diaz, Seth Lugo, and potentially healthy Dellin Betances to shut down games. If the Mets failed to sign any quality starting pitching, May slides right into Lugo’s role while Lugo heads to the rotation.

May relies on a four-pitch arsenal in which he loves to change eye levels to set up his strikeouts. His fastball was thrown 47.7% of the time at an average of 96.7 mph in 2020. This led to a 46.9% whiff rate, 33.9% put away rate because May frequently pitched in the top of the strike zone.

May’s slider and changeup are used down in the zone to opposite sides of the plate. Both sit in the mid to high 80s and have similar whiff rates. The slider is thrown to the outside corner for righties, and the changeup is thrown on the outside part of the plate to lefties. May’s slider has a great vertical break, so it is used 32.6% of the time. The changeup is below average in movement, making sense as to why we see it less than 15% of the time.

This signing is the opening salvo of what looks like an exciting offseason. Mets fans were clamoring for a signing, and now they have their appetizer for the big meal coming up soon.