New York Mets: The Variables of the Pending Season 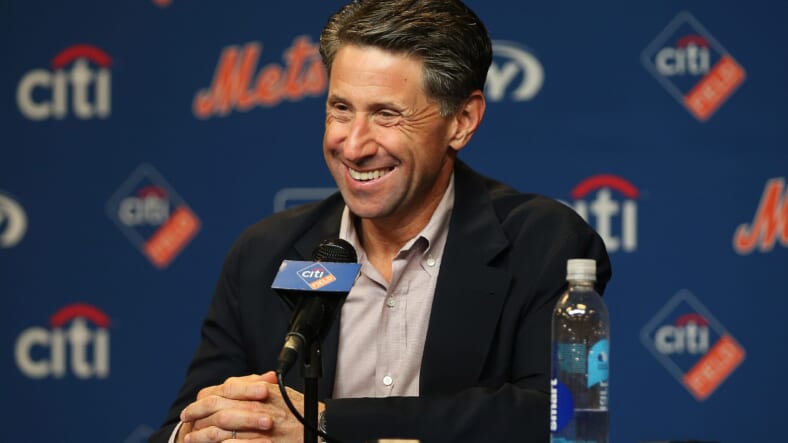 After MLB owners approved the plan to continue the baseball season, the war between the league and the players union is ready for its first battle. Out of all teams, the New York Mets find themselves in a unique situation compared to the rest of the league.

Outside of health concerns, the battle of salary negotiation is going to be the biggest fight in the process. Union chief Tony Clark and legendary agent Scott Boras both agree that being paid a pro-rata salary would be the agreement whenever games resume. The sacrifice stands at 30-40% of wages, which the owners claimed as feasible, according to the owners.

According to Boras, his clients are not willing to budge from the agreement. If salaries receive a blindsided cut, it will extend the baseball drought longer. Should the union have a legitimate legal case, the damage could wipe out the rest of the season.Â But Clark is just as poor as MLB commissioner Rob Manfred. This situation serves as a prologue to how next year’s discussions on a new collective bargain agreement will play out.

The only Boras represented Met is Michael Conforto, and luckily 30-40% of his $8 million salary is $2.4 million through $3.2 million. That number is no worry for the organization, especially with the rest of their high priced talent.

The MLB owners have approved a proposal to present to players, as @Ken_Rosenthal reported. They plan to meet tomorrow to discuss it.

Now is when it starts to get serious. And we'll know soon enough if baseball is actually coming back in 2020.

The conflict comes from Wilpon ownership and General Manager Brodie Van Wagenen. First, the Wilpon’s have continuously lost money from the Mets franchise over the last few years. The revenue from SNY, which the Wilpons also own, covers the losses from the organization.

Due to the revenue from SNY, the Wilpons call it untouchable in any team sale discussions. Since revenue should grow from SNY, since fans will not attend games, they might squeak by and suffer minimal damage to their finances due to the lack of fan revenue. But you can never be sure with the Wilpons.

Van Wagenen plays a role more connected to the players. Not too long ago, he was the co-head for CAA Sports Baseball Division, which happens to represent the most players (6) on the current 40-man roster. Should the Mets look to cut more money from the players, Van Wagenen would have to side with ownership since they write his paychecks.

Four of those players make less than three million, including Brandon Nimmo and Robert Gsellman. Noah Syndergaard and Jacob deGrom are the two high priced/talented members of CAA. Van Wagenen also negotiated the current contracts Yoenis Cespedes, and Robinson Cano collect. Cespedes already lost money in the offseason due to an injury on his ranch.

Van Wagenen does not make any final decisions, but he knows both sides of the fence. His voice will be heavily relied upon to fix and issues between players and ownership without it creating a media storm. Not to mention, he has to figure out the best pieces for a potential 82-game season at the same time.

Van Wagenen is a master agent and earned the GM job because he knows how to handle strenuous situations. He will be able to take any negative that comes out of the meetings and make it a positive. Few GMs in baseball have that ability.