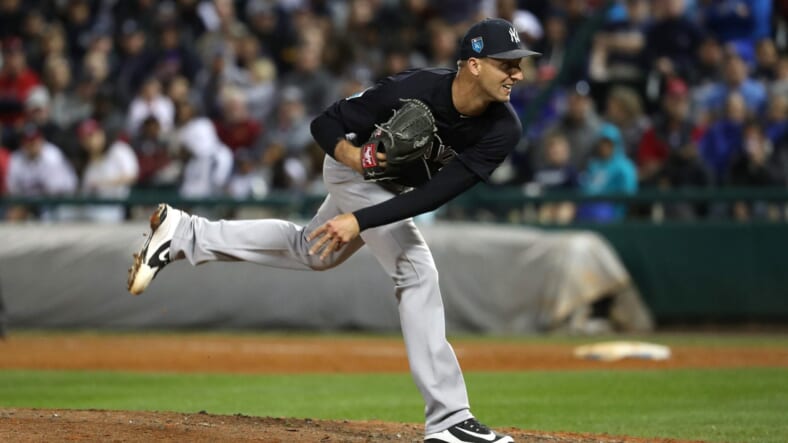 The New York Mets signed their first addition this offseason, ex-Yankee Chasen Shreve. He signed a minor-league deal with a spring training invite, meaning he’ll have the chance to compete for a bullpen spot.

Shreve spent three seasons in the Bronx before being traded to the St. Louis Cardinals in 2018, sending first basemen and slugger Luke Voit to the Yankees along with bonus pool money.

In his time in pinstripes, he was credited to a 4.07 ERA in the 140 games he appeared in. The left-hander has been up and down through the Major and Minor Leagues during his six-year career and has been with three clubs.

The last club he was on, the St. Louis Cardinals, Shreve appeared in only three games where he pitched a total of two innings.

The New York Mets could use Shreve in their struggling bullpen. He’s proven that he can get outs in the Major Leagues and flashes a unique arsenal for a left-handed. Mostly relying on his fastball, Shreve also works in a slider and a split-fingered fastball.