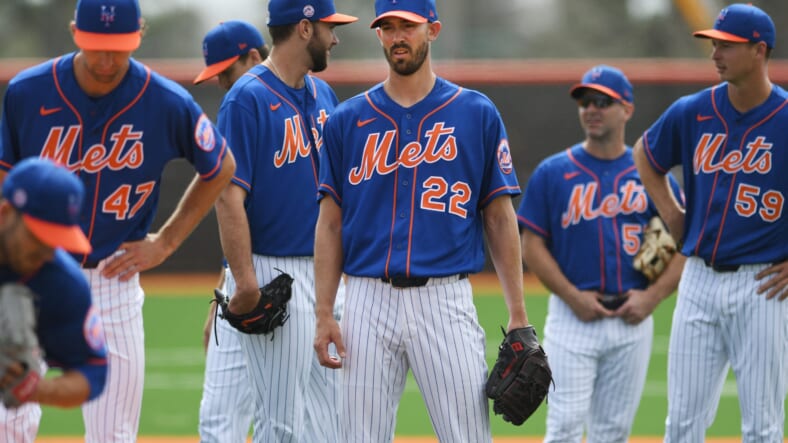 Despite the New York Mets dropping to the Miami Marlins 3-1, Rick Porcello looked a lot better during Thursday’s start. The other Mets big league relievers pitched well again while the depth pitchers struggled. The loss moved the Mets to 1-5 and the Marlins to 6-0.

Wins and losses are meaningless during the Spring. The situations for each team also differ for the Mets and Marlins as well. The Mets roster is mostly set for the regular season, while the Marlins have plenty of players trying to latch on to a roster spot. As long as the regulars are playing well, the Mets should not be worried.

Porcello threw up twos across the board. Two innings, two hits, two strikeouts. He worked in and out of trouble in the first inning then pitched a 1-2-3 in his second inning of work. Brad Brach and Robert Gsellman followed to pitch the third and fourth with success. Each threw perfect innings, and both have not allowed run in the Spring. Both Brach and Gsellman are key middle relief pitchers and could earn bigger spots if Edwin Diaz and Dellin Betances are holes in the bullpen.

Now warming up for the next inning pic.twitter.com/WIsXcBIcRE

The minor league depth crew of Corey Oswalt, Stephen Nogosek, and Nick Rumbelow all allowed runs during their outings. While no one from the trio was particularly bad, the minor leaguers who finish off the games have already cost the Mets some games early in the Spring.

Pete Alonso is still shaking the offseason rust but showed signs of life with his double in the first inning. He was hitless in nine at-bats heading into Thursday’s game. The baserunning still needed WD-40 as he was picked off second to conclude the inning.

Michael Conforto is another Met who is trying to find his hitting groove. He went 1-for-2 with a single to improve to 2-for-10 in the Spring.

On Friday, the Mets face Adam Wainwright and the St. Louis Cardinals for the second time of the Spring. The Mets trot Marcus Stroman out for his second start and first in Port St. Lucie. Stroman allowed one run in 1.2 innings against the Cardinals to open up the Spring.