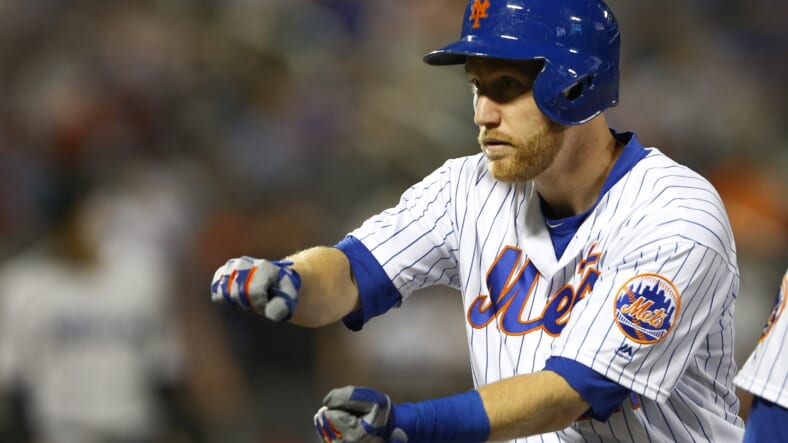 As we move closer to the obscure players to wear a New York Mets uniform, we look at Todd Frazier. After spending two seasons with the Mets and not receiving a call from the team during free agency, Brodie Van Wagenen opted to bring him back at the trade deadline.

Todd Frazier delivers an RBI single through the raindrops to bring the Mets within 2 ? pic.twitter.com/HbaAaEgsXZ

The LLWS hero from Toms River, New Jersey, made his triumphant return to Flushing in September. After spending half the season with the Texas Rangers, he batted .241/.322/.380 with two home runs, seven RBIs, and seven doubles. Frazier’s power numbers were down, but the Mets wanted his right-handed power potential back on the roster.

Return to the Blue and Orange

Frazier’s points of concern are his strikeout (24.4%) and walk rate (6.4%), heading in opposite directions. Heading into his age-35 season and posting his lowest hard-hit rate (31.3%) since 2017 (30.4%) make it hard for any team to use him in an everyday role. Frazier’s role likely comes as a platoon player, getting his at-bats against left-handers.

His biggest impacts came away from the batter’s box. Frazier provided a steady glove at third base with a two outs above average in a small sample size with the Mets. He also hurled a one-two-three inning, with a strikeout during his knuckleball pitching cameo against the Atlanta Braves. Pete Alonso also attributed a few good games to using Frazier’s bat as well.

It is impossible to see the Mets bring back Frazier on their team option for 2021. Declining the option has a $1.5 million buyout, which almost seemed like a petty move by the Wilpon’s to force new owner Steve Cohen to pay a player that should not have been brought back in the first place. As good as a personality that Frazier is, he will likely hit the free-agent market once again.

Arm: 50 (45), Lacks the power it once had but still very accurate, especially starting double plays.

Field: 45 (40), Still a reliable glove at third base but moving towards below average with his range.

Overall: 40 (30), Useful as a platoon for lefties, but he is in the bench player years of his career.