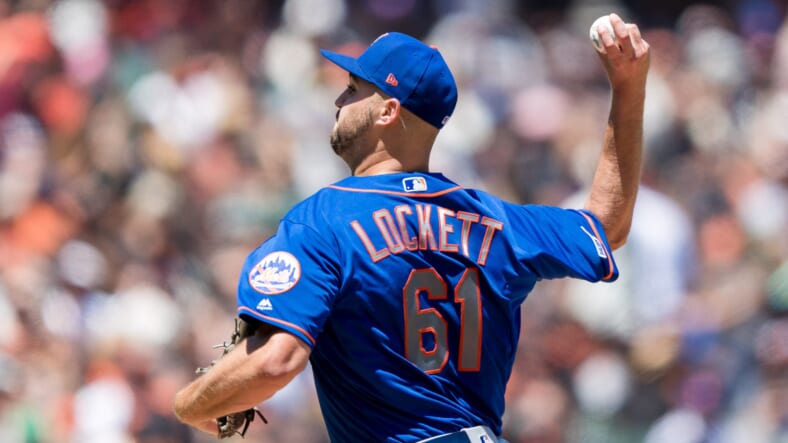 Walker Lockett was a late member to the New York Mets roster during the COVID shortened 2020 season. Lockett made two appearances within two weeks before the Mets put him on waivers and was claimed by the Seattle Mariners.

"A couple mistakes, not as sharp as I would like. It was ok"

Lockett made his season debut on August 14 in a start against the Philadelphia Phillies. It was typical of his Mets career as he allowed five runs and seven hits over six innings of work. The only blemish on the start through four innings were back to back RBI singles in the second. J.T. Realmuto struck in the fifth innings as a three-run home run derailed the start, but Lockett struck out four of the final five batters he faced.

Two weeks later, Lockett pitched two scoreless innings against the New York Yankees in his final outing with the Mets. After the traded deadline and out of minor league options, the Mets left him on waivers. The Mariners took a chance with Lockett, and he pitched better with them. Lockett had a 4.32 ERA in five games, but his strikeouts went down while the hits increased.

Lockett opted to use his sinker than his 4-seam fastball for the first time in his career. It has good movement, but he could not consistently throw it in the bottom half of the strike zone. His curveball continued to emerge as a good second pitch, but his changeup regressed slightly. Lockett’s 4.54 FIP was the best of his career, but it will not mean much if his groundball rate continues to hover in the 40% range.

Curveball: 75 (55), His best pitch but does more damage with its movement across the zone.

Command: 40 (45), Good at limiting walks but will not live up to his potential until he learns how to work down in the strike zone.