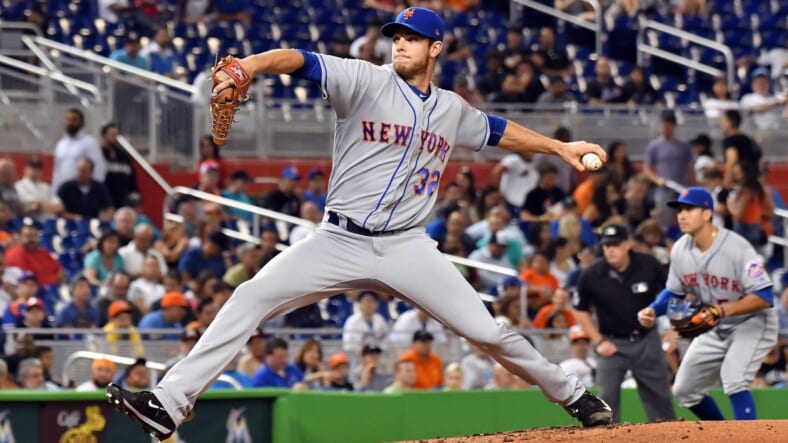 Steven Matz put together one of the worst pitching seasons in New York Mets history. The rotation needed Matz to step up at their two starter, behind Jacob deGrom and was the complete opposite of reliable. After two solid starts to begin the season, everything went downhill quickly.

Matz had a 3.18 ERA over his first two starts of the season, which included holding the Atlanta Braves to one run over six innings in his first start of the season. Despite the two good outings, Matz was consistently leaving the ball up in the strike zone and struggled to put hitters away with two strikes.

The following seven outings (four starts) for Matz featured a brutal stretch on the mound. Matz pitched to a 13.50 ERA, allowed 11 home runs, and a .360 batting in 19.1 innings pitched. He also dealt with a left shoulder injury, which kept him out for two weeks.

The reason for Matz’s struggles was his inability to pitch like a true sinkerballer. Matz threw a majority of his sinkers up and down the middle. When throwing that pitch 53.7% of the time, it became batting practice fastballs that hitters had a .322 batting average. Matz’s offspeed also spent plenty of time in a similar real estate as the sinker. While it was not up, it was still down the middle far too often.

His changeup was the one pitch that had some promise, but Matz has not mastered it. When he throws it anywhere from the knees to the ankles, it is a tremendous weapon for him. The changeup was in the upper part of the league when it came to horizontal and vertical movement. It netted him the most strikeouts of any pitch and had a 32.6% whiff rate.

What is the Fix?

The biggest fix Matz can make is attempting to start every pitch he throws at the knees and letting the natural movement take its course. Working down in the zone alone would lower the extremely high home run rate. The next thing for Matz would be to master the areas 6-10 inches off the plate on both sides. This would make hitters uncomfortable with digging in easily and allow his sinker to work off the inside corner to right-hand hitters.

I hope he does figure things out because he is living out a dream to pitch consistently in his home state. It was clear that his confidence was shattered at the end of the season, and nothing was working for him. Luckily, he will get one more opportunity to show he can live up to the prospect expectations he once had.

Matz will come into the 2021 season on the outside looking in of the Mets rotation. He is in the final year of his deal before free agency and could be a useful part of the bullpen or as a swingman. Do not be surprised to see the Mets cut ties with Matz and eat the money if he does not improve quickly in the spring.

Sinker: 35 (45), He threw it his hardest since his rookie, but the movement lacked due to its poor location.

Command: 20 (40), There is wild out of the zone, and then there is wild down the middle. Matz was the latter.

Overall: 20 (40), Absolutely horrible season, but somehow I believe a rebound is possible.