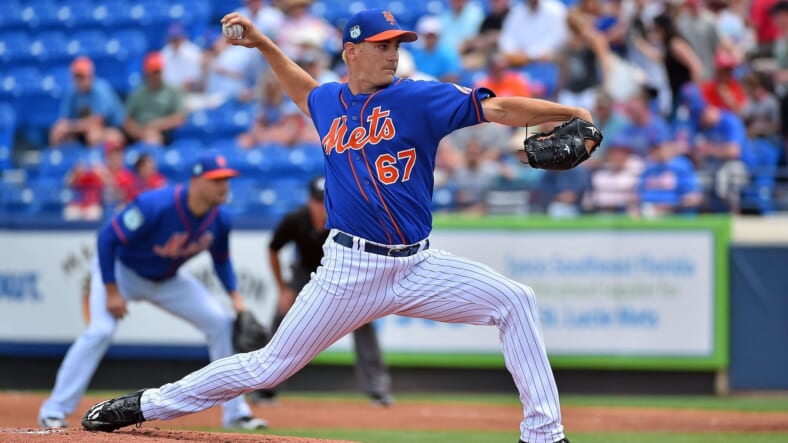 Seth Lugo was the New York Mets version of Jekyll and Hyde during the 2020 season. Lugo’s “Jekyll” was his strong pitching out of the bullpen and his “Hyde” coming out as a starting pitcher. The latter forced his ERA to increase to a number nowhere near his bullpen production.

Lugo started the season in his normal role as a late innings specialist with the ability to pitch for more than three outs. He battled through a couple of rough outings to get himself in mid-season form all the way through his first start. Lugo was dominant through 10 games (1 start) with a 2.03 ERA, .170 average against, and only allowing eight hits.

The Mets pitching depth was so thin to a point where Lugo was forced into a starter role. Despite his success in the bullpen, it was the worst decision the Mets could make. As a starter, his past efforts showed he was just average while he was at an All-Star level in the bullpen. Lugo’s first start was a perfect three innings with five strikeouts, but it went downhill in his future starts.

In the following six starts, Lugo had a 6.23 ERA, allowed seven home runs, and a .323 batting average. Lugo had more starts of allowing six runs or more (2) than he did quality starts (1). Lugo had an issue with his curveball during a few of his starts, which caused deception issues with his other pitches. The curveball is his best weapon, and going into starts without confidence in the pitch puts him at a disadvantage.

Lugo finished the season with a 5.15 ERA and a 2.5 HR/9, which was the worst of his career. There are plenty of signs from the naked eye that show he is much better than those numbers, and the statistics show too. Lugo had a 3.29 SIERA and a 1.81 GB/FB from his 7.5-degree average launch angle.

With his fly ball numbers minuscule compared to the past, the question is why so many home runs were hit? Lugo’s average exit velocity was 90 mph, and his 42.6 hard-hit percentage were both career highs. Fly balls were hitless, but when they occurred, they typically resulted in damage.

The Mets’ goal should be to acquire enough starting pitching depth to keep Lugo in the bullpen. Lugo is just as valuable to Edwin Diaz in the bullpen and is needed as a second quality arm late in the game. Championship teams always have a pitcher who becomes a multiple inning reliever deep in the postseason. Julio Urias, Patrick Corbin, Nathan Eovaldi, Charlie Morton are the four warriors from the last four champs. Lugo fits right into that mold, which leaves his role in the bullpen indispensable.

Slider: 30 (30), 85 of 92 thrown to righties for a .333 average. Lugo has never had consistent success with it in the big leagues. As Wally Backman once said, “if a pitcher has a curveball and slider, one of them suck.”

Command: 60 (75), Walks have never been an issue for Lugo. The only blemish on his command comes from his curveball slump and fastball in the middle of the strike zone.

Overall: 50 (80), Usually pitchers with ERA’s over five get worse grades, but not many pitchers do with Lugo is capable of in the bullpen.