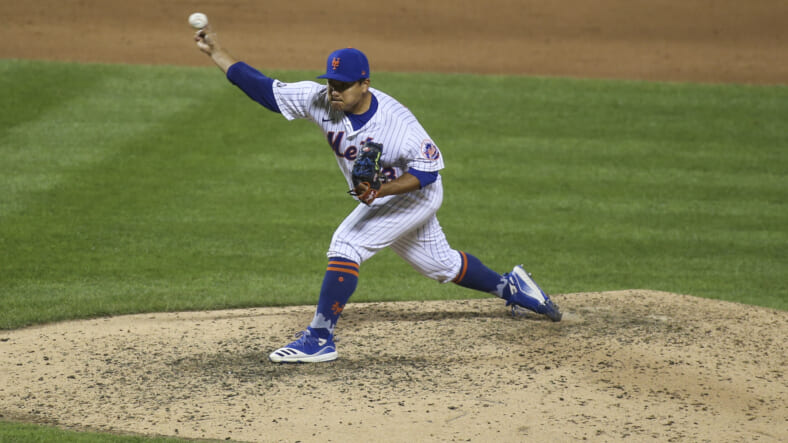 Erasmo Ramirez was a latecomer to the New York Mets roster but became a useful arm in the bullpen. The 30-year old swingman only allowed one run in the month he spent with the Mets.

Ramirez was with the team from Spring Training and was released for a couple of days before making it back to the 40-man roster. When he arrived in September, he was a great long reliever in the bullpen. Ramirez’s ability to get quick outs and soft contact helped lead to his success in the bullpen.

In his Mets debut, Ramirez had his longest outing of the season. His long appearance was five innings of one-run ball out of the bullpen. In typical fashion, he only had one strikeout and did not walk a single batter. The reliance on contact resulted in a 54 pitch outing with 34 strikes.

That outing set the tone for what to expect from Ramirez. He threw 9.1 innings of shutout baseball in his final five outings, which included the first three lasting at least six outs. In that span, he struck out eight batters while holding opposing hitters to a .182 batting average.

Ramirez’s success came from ditching his 4-seam fastball for his sinking fastball. The 4-seamer was only thrown 4% of the time (career-low), and the sinker was thrown 41% of the time (career-high). Ramirez increased cutter use at 38% allowed him to use the hard stuff most of the time. It never allowed the hitters to assume a fastball would head in the same direction each time they saw it.

This does not mean that Ramirez will continue to be as dominant in the future. His 3.68 FIP, 4.84 SIERA, and 40% hard-hit percentage show he will have to continue to generate weak contact. Ramirez has never been a strikeout pitcher but is a rare innings eater. He is a quality arm to have as a swingman in the bullpen, and the Mets should bring him back in 2021.

Cutter: 70 (60), Very underrate pitch, which allowed him to be effective to both sides of the plate.

Overall: 75 (55), Could have a good impact with his increased sinker/cutter usage.