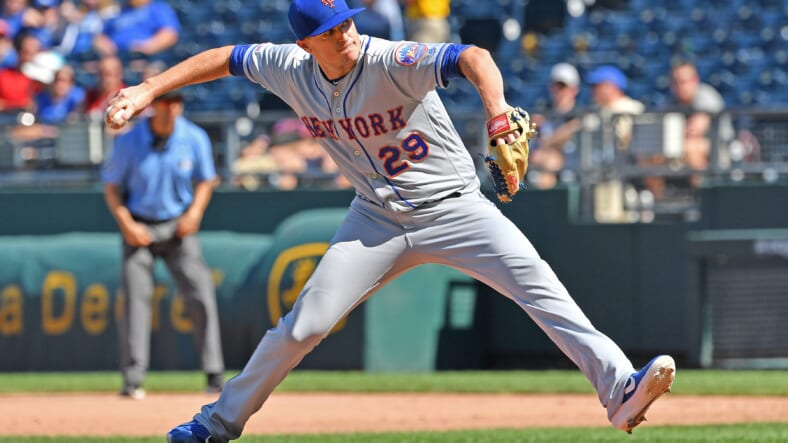 Brad Brach had a wild 2020 season for the New York Mets. He missed the first two weeks of the season due to COVID-19 and could not find the strike zone towards the end of the season. Three rough outings took him from a solid season to one to forget.

Brach found renewed success with the Mets when he joined them at the end of 2019, and it carried over to 2020. Through his first 11 outings, he only allowed two runs and struck out 13 batters. Despite holding batters to an average under .200, the six walks in those outings would catch up to his final three outings of the season.

The final three outings of Brach’s season were a disaster. Brach only recorded one out, and while not allowing a hit, he walked eight batters and allowed six runs. He has dealt with control issues throughout his career, but this was the worse it has gotten for him.

What The Future Holds?

Brach opted to used his cutter as his number one pitch. He threw it 31.6% of the time, a career-high, but it did not have the same success from 2019. Batters hit .333 against it, and the whiff rate dropped from 30.2% to 21.9%. When batters put the ball in play, Brach was very successful. They only hit .186 against Brach, and he induced soft contact 31% of the time, a career-best.

Brach’s major issue was limiting the free passes. His BB/9 was 10.2, and his inability to keep his cutter in the strike zone cost him the most. Brach could not hone where he wanted the cutter to start, which resulted in them finishing too far off the outside corner. It took away the swing and miss threat it carried from the previous season.

Brach opted into his option year for the 2021 season, and it is not a bad move for the Mets to keep him. He finished the season with a 5.84 ERA, but if he can regain his command, a return to a three ERA is certainly a possibility. The biggest question is how much his cutter is relied upon during 2021.

Cutter: 30 (50), 60 of 79 were thrown to righties; he should throw it more to lefties. His ability to consistently throw it on the same corner makes it effective against them.

Changeup: 65 (65), Still his best overall pitch and something he throws to both sides of the plate.

Slider: 30 (30), Once an effective weapon for Brach, he threw it the least out of any of his five pitches.

Command: 20 (40), A full spring training should allow Brach to avoid a “control slump” from slowing down his momentum.

Overall: 35 (45), His all-star years are still behind him, but he can be a useful piece in a deep bullpen.