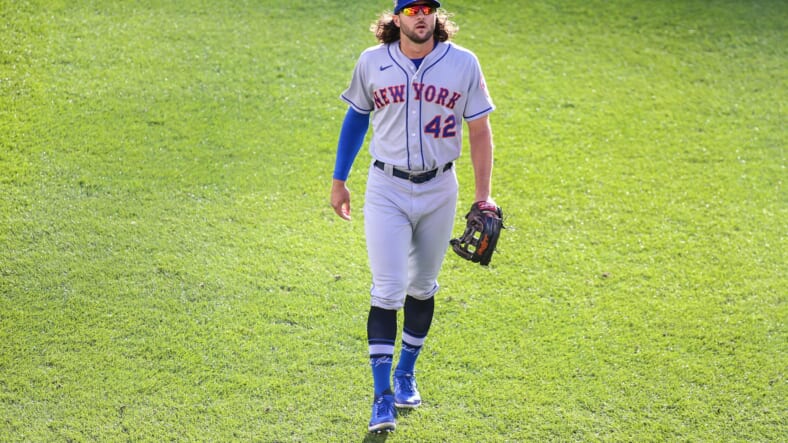 The New York Mets brought in Jake Marisnick before the 2020 season as a defensive specialist to replace Juan Lagares. Marisnick also brought in more power than Lagares, but injuries limited him to only 33 at-bats over the short 60 game season.

The Mets also brought in Marisnick as a good bat to start against left-handed pitching. Despite his career average being slightly higher versus lefties, his career slugging percentage is 50 points higher against southpaws. Marisnick also missed plenty of time throughout the season while battling a hamstring injury, which kept him out on two different occasions.

All of this was done in a small sample size, but his 30.4% line drive rate would have been the highest of his career. Marisnick also had the lowest launch angle (7.8) and highest pull rate (60.9%) in his career, which usually does not bode well for someone with below-average exit velocity.

His defense also tailed off a little, and it likely had to do with his leg issues. Marisnick had a negative defensive runs saved and had zero outs above average, the lowest of his career. With a whole offseason to recover, those numbers should return the gold glove level they were in prior years.

Marisnick heads into free agency with a significantly lower value than he should. The Mets do not have any better defensive options in center field, and giving Marisnick another opportunity should benefit the overall team defense. On the year, Marisnick batted .333 (11-for-33) with two home runs and five RBIs. Though the average likely falls in a full season, he is still a quality depth piece.

Arm: 45 (40), Arm has declined in center over the last few years, would translate better in the corner spots.

Overall: 55 (50), It was a good season with the bat; it will regress over a full season, but his glove makes him a major league level player.