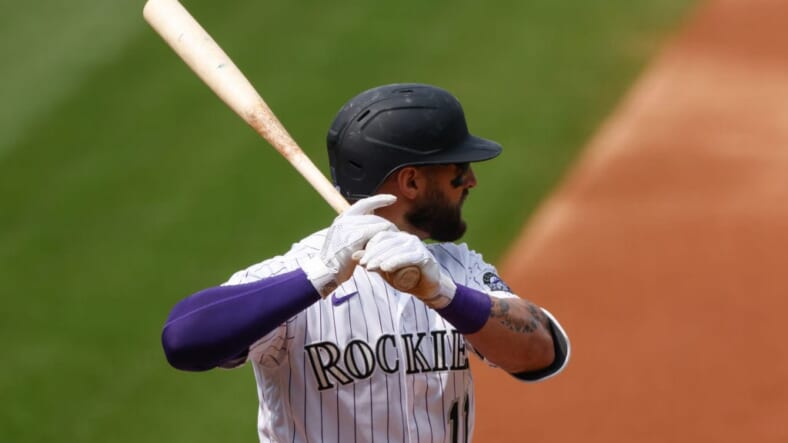 DENVER, CO - SEPTEMBER 16: Kevin Pillar #11 of the Colorado Rockies bats during the second inning against the Oakland Athletics at Coors Field on September 16, 2020 in Denver, Colorado. (Photo by Justin Edmonds/Getty Images)

Pillar’s great defensive years in center field are behind him, but he is still valuable in the corners. Over the last two seasons, center field is the only spot where his DRS is negative. Pillar joins an outfield crew that already features Dominic Smith, Brandon Nimmo, Michael Conforto, and Albert Almora Jr.Â