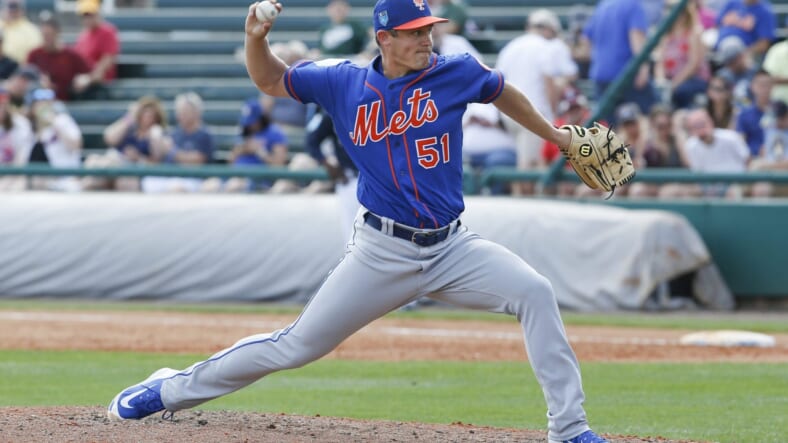 The New York Mets continue to trim their big league roster as they send down a couple of bullpen arms with major league experience. Paul Sewald and Daniel Zamora will both be members of the Syracuse Mets whenever baseball finally resumes.

Paul Sewald and Daniel Zamora have been optioned to Triple-A Syracuse after successful Spring Trainings.

Zamora pitched very well in the Spring. Over five innings he only allowed one run, three hits, walked one and struck out eight batters. Always known as a left-handed specialist, he showed the ability to retire right-handed hitters as well. The only lefty in the Mets bullpen is Justin Wilson which makes Zamora the next man up if they need to replace him.

Sewald Out of Options

Sewald’s demotion marks the last time they can send him down without putting him through waivers. He also impressed in the Spring through his 5.1 innings pitched. He did not walk a single batter, allowed three hits, one run and struck out five. Sewald has always shown glimpses of dominance but he has never been able to consistently pitch well for a long period of time. As one of the most experienced relievers in the bullpen, he should see more big league time in 2020.

Last year both would have been guaranteed to make the big league roster but the Mets revamped it to gain more experience from their relievers. Having Zamora and Sewald should give the team confidence in their depth, should the have to deal with injuries.