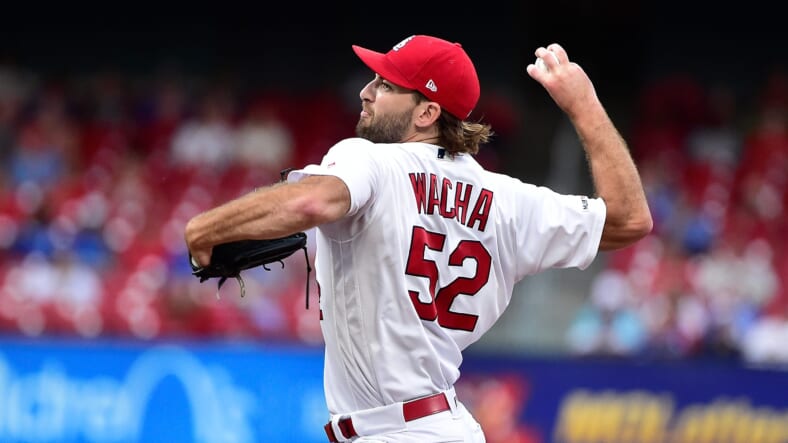 The New York Mets played another summer camp game to get themselves ready for their weekend exhibition series against the New York Yankees. Michael Wacha stole the show with a terrific pitching performance as he tries to assure the Mets he can fill Noah Syndergaard‘s absence.

Michael Wacha was so sharp in his intrasquad start tonight that the Mets had him face three extra batters in four innings. He faced 16 of them in total, allowing his only baserunner on an E3. Four strikeouts. pic.twitter.com/H6icjsadyr

Wacha pitched five no-hit innings, which included an extra batter in some of the innings. He struck out four batters on only 69 pitches, with the only baserunner coming on a Dominic Smith error. After the long layoff, the pitchers usually have the upper hand on the hitters. Wacha still looked sharp, his changeup strong as ever, and improved his curveball from 2019.

Wilson Ramos and Ryan Cordell both added home runs in the matchup. The blue squad defeated the white squad 3-1 but also received encouraging signs just based on the players who could take the field. Jed Lowrie, Yoenis Cespedes, and Robinson Cano both played in the game and came out of it without any issues.

Cano and Cespedes also added hits for the blue team while J.D. Davis recorded the only hit for the white team. Lastly, the Mets release some of their fan cutouts that will be in the stands during the season.