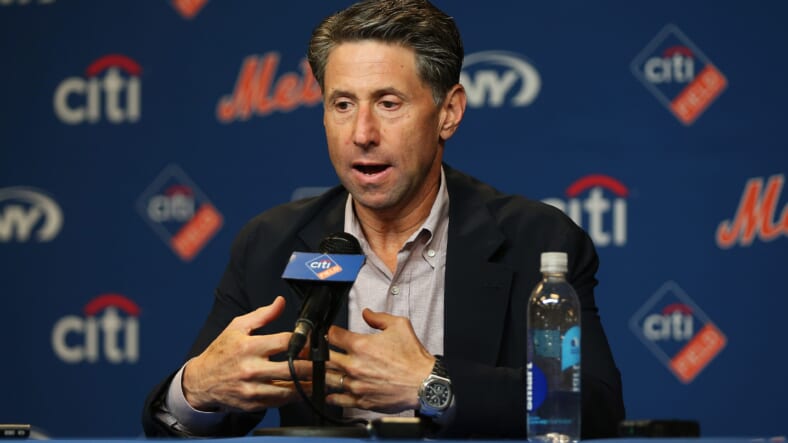 Hedge fund billionaire and longtime New York Mets‘ fan Steve Cohen earned the right to exclusively negotiate to acquire the team, and the transaction is all but done already. The only thing separating Cohen from his beloved Mets is the approval of at least 23 of 29 MLB owners, and that is expected to come soon.

As a result, current New York Mets COO Jeff Wilpon, whose family has been in charge of the team since 2002, is already sending his goodbye messages around the organization. That is another signal that the sale of the club is right around the corner and a matter of days, not weeks.

NJ.com writes that Cohen could take over the Mets within a week, and that has prompted Wilpon to begin his farewell messages.

According to the New York Post, a Mets source told that the team held “an organization-wide Zoom call to award employees who had reached milestones for service. At the conclusion of the call, COO Jeff Wilpon thanked all of the employees and bid them farewell, a strong sign that a change in ownership is imminent.”

Sportico reported some of the call details. “One person on call said: `It was definitely a goodbye.’ Wilpon talked highs: 2015 World Series; Building CitiField and lows: not winning as much. Call lasted 15-20 mins. Wilpon named people with many years w/ club.”

Since the Wilpons took over the Mets, the team advanced to the 2015 World Series, which they lost to the Kansas City Royals.

Just a few days ago, the league’s ownership committee signed off on Cohenâ€™s deal. The so-called formal vote by the 29 remaining owners could come as soon as this week, right after the 2020 World Series.

The Mets were valued at more than $2.4 billion, which is what Steve Cohen bid for the team.