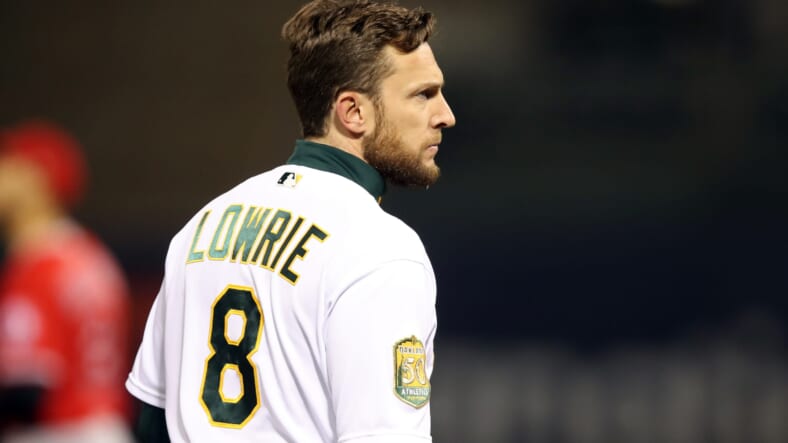 One of the world’s greatest medical mysteries is figuring out how Jed Lowrie’s leg is still messed up. The New York Mets utility infielder arrived at camp and took ground balls in a leg brace that covered his entire left leg.

Jed Lowrie won't define his injury, saying only that his left knee is the root cause. He can't commit to being ready to play in Grapefruit League games, let alone Opening Day. Very few actual answers from Lowrie as he reports to Mets camp. pic.twitter.com/zlpuMA5O5d

After coming back to pinch-hit in a handful of games to end 2019, Lowrie still has left knee issues. It plagued him enough to avoid fielding during September. The injury still bothers him to a point where playing in Spring Training games is a major question.

No Answers, No Solutions

The organization has been very quiet about the severity of Lowrie’s injury. He is healthy enough to begin taking fly balls, but not healthy enough to participate in games. The entirety of Lowrie’s Mets career has been marked by an injury bug he cannot seem to get rid of. As he pushes age-36 it is hard to think his body is going to recover any quicker than it did during 2019.

Even if the Mets can get Lowrie fully healthy, it does not seem like it will happen anytime soon. Once healthy he will have plenty of catching up to do just to get to a point where he is useful enough to crack the 26-man roster. Like Yoenis Cespedes, he has to start from level one all over again. Unlike Cespedes, Lowrie is dragging along on his rehab process. At this point, it is hard to imagine the Mets get anything out of Lowrie during the first half of the season.