New York Mets: Is There a Difference Between Sugano and Tanaka? 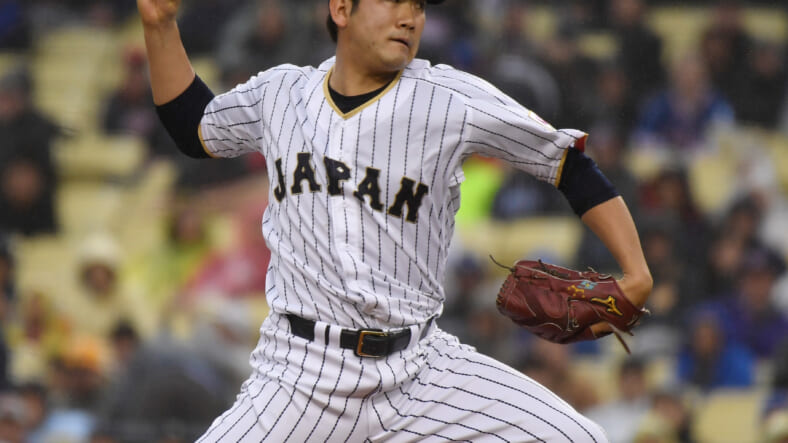 The New York Mets have a big decision to make on Japanese pitcher Tomoyuki Sugano by Thursday. If Sugano selects their offer, he will become a new member of their starting rotation. There are plenty of similarities between Sugano and Masahiro Tanaka, but their small difference could make or break any deal.

Great video here showing the command and array of pitches from Tomoyuki Sugano.

Deadline to sign with MLB team is January 7th and Mets are one of the teams in the mix.

The career NPB ERAs for Sugano and Tanaka are 2.32 and 2.30, respectively. Sugano spent one more season in Japan and only threw 45 more innings than Tanaka. Both pitchers are six-time NPB All-Stars, and both won the league’s best pitcher award twice. Each has similar repertoires, sharing a 4-seam and 2-seam fastball, a slider, and the trademark splitter as their strikeout pitch. Both are also pitching through elbow ligament issues that they rehabbed in past seasons.

What Makes Them Different?

Age is a big difference between the two Japanese stars. Tanaka garnered all his success and made his major league debut at the ripe age of 25, while Sugano would be 31 on opening day. Sugano still has to prove himself in the major leagues after his NPB success. Tanaka is a proven big-league pitcher and is only one year older. Over seven MLB seasons, Tanaka has a 3.74 ERA and is a two-time All-Star.

Sugano’s elbow issues are more in the past, and Tanaka’s forced the New York Yankees to be extremely cautious in recent years. Sugano also dealt with injuries at the end of 2019 but put any doubts to bed with his stellar 2020 season. In most rotations, Sugano would fit in the 2-3 spot, falling to four in elite rotations.

Sugano will cost a ton of money, but he is the second-best starting pitching option behind Trevor Bauer. Much like a lot of the pitching market this offseason, it is a huge wild card to give him a lucrative contract. Even if they lost the Sugano sweepstakes, Tanaka is a suitable replacement.

Tanaka has thoughts of heading back to Japan but asking Tanaka to change pinstripes to remain in New York is plausible. Either one of these pitchers automatically makes the Mets starting rotation better. If they want a long term addition, Sugano is the move while Tanaka fits best for the short term.