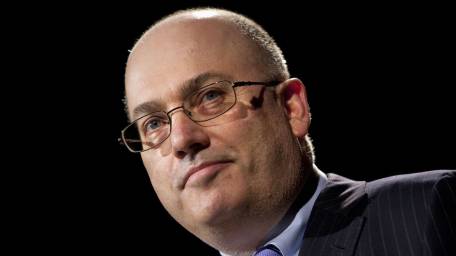 Opening Day is less than 48 hours away, and the time to re-sign Francisco Lindor is quickly dwindling away. The New York Mets have made their offer of 10-years/$325 million, and Lindor countered with a 12-year/$385 million offer. Lindor’s camp said they are not budging on their offer, but one expensive variable remains. Will Steve Cohen open up the wallet more to secure his superstar?

Lindor is a heckuva player and a great guy . I hope he decides to sign

Just discussing an extension this large is an example of the franchise’s growth since Cohen purchased the team. The Wilpons would never acquire a player of Lindor’s talent (unless he was 36 years old) and then contemplate offering a $300+ million extension. The Mets offer has Lindor earning a $32.5 million AAV, while Lindor’s offer gets him an AAV of just over $32 million. Negotiations are not about the money; they are about the length of the deal. After years of watching great talent leave them to win elsewhere, why waste the best talent they have acquired?

Who Cares About Two Extra Years?

To put things in perspective, it will be 2033 when Lindor’s 12-year deal finally concludes. Current Manager Luis Rojas will be 52, Steve Cohen will be 77, Jacob deGrom will be 45, and Jarred Kelenic will be 34. For anyone to have any idea about how Lindor’s deal will affect the “30s” Mets roster is speaking out of a part that cannot be mentioned in this article.

Another way to look at it is that not a single Met from their 2009 roster is still with the team. Oliver Perez and Darren O’Day are the only 2 out of 53 players who are still on big-league rosters. The Mets have to get themselves through the decade that just started before worrying about the following one.

If the first ten years of Lindor result in at least one championship, would anyone complain about having him for two more seasons? The Mets organization and its fans have been through too much pain and turmoil since 1986 to worry about the last two years of a potential hall of fame career. This discussion is with only one World Series mentioned. If multiple rings came to Flushing, the Lindor statue would glow in front of Citi Field before he retires.

Jacob deGrom’s Cy Young caliber years can no longer waste away on losing teams, and he will produce greatly if given the opportunity in the postseason. Getting Lindor here was the first act to change the franchise, and act two ensures that he will finish his career in blue and orange. The extension is the final piece to show the Mets are as legitimate as their cross-country rivals in the Los Angeles Dodgers.

Lindor is a modern-day ironman, averaging 154 games in his first four full seasons and playing in all 60 during 2020. He was an All-Star in all four seasons with three top-10 MVP finishes. Lindor also won two Silver Sluggers, two Gold Glove Awards, and a Platinum Glove award. The Mets have not had a two-time Silver Slugger winner since David Wright (2007-08) and a two-time Gold Glover since Wright and Carlos Beltran (2007-08).

Lindor’s worst season in 2020 was better than any season Amed Rosario will ever play at shortstop. Even if the Mets attempt to test the free-agent waters, none of the shortstops compare to Lindor. He has recorded three consecutive seasons of a 40% or better hard-hit rate to go along with his 39 career defensive runs saved. Lindor is a 20 stolen base, 30 home run, 40 doubles player who puts him in the same boat as the other MVP candidates in baseball.

Steve Cohen made it clear that he expects to deliver a World Series winner in 3-5 years and keeping Lindor is the foundation to achieving that goal. Lindor’s all-around talent, splendid leadership, and fan-favorite ability make him as worthy as David Wright was to the franchise. Despite the stalemate between both sides, Mets fans should continue to be hopeful that a deal will be completed all the way up to 7:09 p.m. on Opening Day.