New York Mets: George Springer will sign with the Blue Jays, now what? 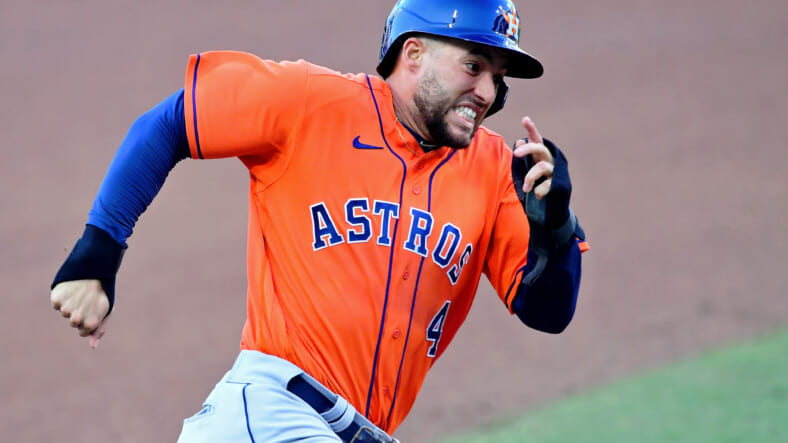 Late on Tuesday night, several media outlets reported that the Toronto Blue Jays had agreed to terms with free agent center fielder George Springer on a six-year, $150 million contract, filling a huge void in their outfield and giving them the star-power they needed to make noise in the AL East. As you know, the New York Mets were also after the former Houston Astro.

According to what a source told MLB’s Mark Feinsand, the Metsâ€™ top offer to George Springer came in around six years, $120-125 million. “The Blue Jays took it to the next level and get their man at six years, $150 million. Huge acquisition for Toronto,” he said.

The Mets didn’t absolutely need Springer. He became a luxury once the team acquired shortstop Francisco Lindor and pitcher Carlos Carrasco, two significant salary obligations for 2021 and, in the case of Carrasco, beyond. Lindor will be paid $22 million this season, and the Mets will try to extend him before he hits free agency during the fall.

What the New York Mets still need, however, is a bonafide center fielder, preferably one who excels with the glove. Springer certainly was a good fit, but after absorbing the two aforementioned significant contracts via trade, he was an unrealistic add.

In case the Mets can’t secure the services of the 30-year-old defensive wizard, they could pivot to Albert Almora. He carries even less offensive upside than Bradley, but he is also good with the glove and could be cheaper.

Besides improving their center field situation (Brandon Nimmo was a very good hitter in 2020, but a lousy fielder) the Mets could bring an additional arm for the rotation and some bullpen help. Despite missing out on George Springer, the offseason has been a resounding success.