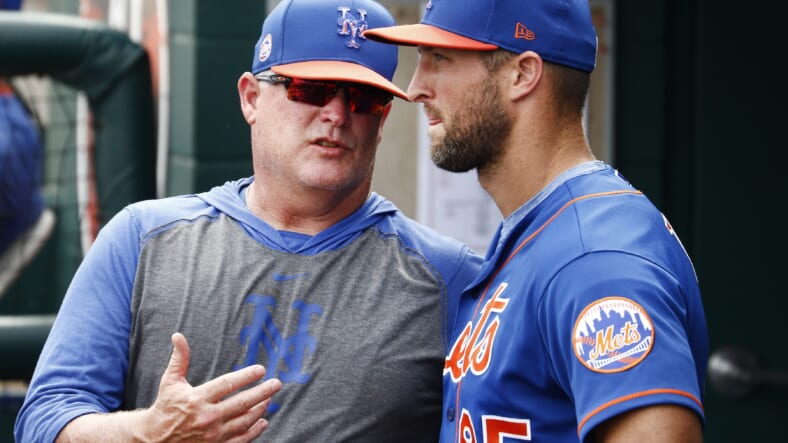 New York Mets spring training finally begins on February 17th, and the team has announced their full group of players that will join them in Port St. Lucie. The non-roster invites feature an interesting group of veterans signed this offseason and prospects trying to make a name for themselves.

The Mets opted for three non-roster starting pitcher invites, and all three are in different stages of their careers. Allan is the Mets top pitching prospect and is coming off an impressive 2020 summer camp. He threw just 6.1 professional innings after the 2019 MLB Draft and will get an opportunity to showcase his stuff in big league camp.

Blevins is a former Met who has a good opportunity to take Seth Lugo‘s spot in the bullpen if Justin Wilson does not return. De La Cruz spent his first seven professional seasons with the Cubs, has starting experience but found more success in the bullpen during 2019. Gilliam has a great mid-90s fastball and sharp curveball but struggles with walks (5.0 BB/9). He is ranked 21st in the Mets farm system.

During his 2017 rookie season, Hildenberger pitched 37 games with a 3.21 ERA. The next two years combined resulted in a 6.35 ERA; he does bring a unique look with his sidearm delivers. Megill is another reliever with starting experience in the minors; he had a 3.52 ERA in his first full pro season in 2019. Renteria’s highest level is one game in AA and has a 4.76 ERA over 62 minor league games.

Robinson spent six years with the Cleveland Indians and recorded his highest K/9 (12.5) during 2019. Vizcaino has a 3.01 career ERA, but his health is a major liability to any team willing to take a chance on him. Windle is a left-handed reliever with a 4.13 ERA in seven minor league seasons.

Alvarez is just 19-years old but is already the second-best prospect the Mets have. It will be exciting to watch him get his first taste of a big-league spring training at such a young age. Maxwell has only a .347 slugging percentage in 127 career games, but his .524 slugging with 25 homers in Mexico intrigued the Mets to sign him last season.

Meyer is getting his opportunity after spending 2020 with an independent league. He has never played above high-A during his career. Rodriguez did not hit much during his seven minor league seasons with the Tampa Bay Rays but had a terrific winter league season. In 44 games, he slashed .376/.473/.567 with five home runs and 28 runs batted in.

Baty is the third-ranked prospect with tremendous line to line power but needs to improve his defense at third base. Drury is a veteran utility man with a .248 career average over 456 career games. Hager is an infielder who has shown flashes of power with 23 homers during the 2018-19 seasons.

Mauricio is the top prospect in the Mets farm system and should have less pressure with Andres Gimenez on the Indians. Peraza is another utility infielder but only hit .225 in 34 games with the Boston Red Sox during 2020.

Tovar is a former Met with a solid glove but has never hit at the big league level. Vientos is a third baseman and the seventh-ranked prospect for the Mets. He has great power but needs to become a complete hitter before moving on to the next level.

Crow-Armstrong is the most promising outfield Mets prospect since…Jarred Kelenic. This will be his first professional baseball experience and will be a tall task for a player coming straight out of high school. Fargas is full of speed and pure athletic ability but has never figured it out with the bat. During his minor league career, he has 235 stolen bases but slashes at .255/.331/.342.

Ferguson never hit much as a minor leaguer with the Houston Astros but made great strides in 2019. During 115 games in triple-A, he batted .281 with 65 walks, 11 homers, and 27 stolen bases. Smith is another speedster with two 40-steal seasons under his belt but does not hit for any power. Tebow is going to give it another try after hitting .163 during the 2019 triple-A season. This might be the last chance for his baseball career.