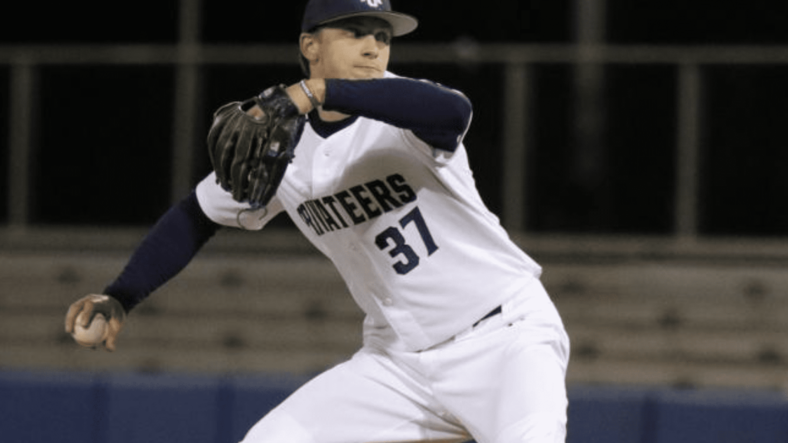 With their final pick of the 2020 MLB Draft, the New York Mets selected right-handed pitcher Eric Orze. His story is one of strength and perseverance just to make it to this point in his distinguished baseball career. Orze is a two-time cancer survivor and suffered through it during his college career.

Orze began his collegiate career pitching in community college at Northwest Florida State College. In back to back seasons, he posted ERAs over 4.5 but transferred to the University of New Orleans. During 2018, he struggled with an 8.10 ERA in only 16.2 innings. The short season was due to increasing pain in his abdomen, which had been testicular cancer.

He underwent surgery to prevent cancer from spreading. Orze’s fight was not over yet as fluid in his lungs had made it hard for him to breathe. One thing piled on to another as, during the process, doctors found a mole on his back that was melanoma. After a final surgery and due to his weight and strength loss from both cancers, Orze lacked the same energy. He sat out the entire 2019 season to recover.

Orze finally pitched again in the shortened 2020 season. Over four outings, three starts, he had a 2.75 ERA with 29 strikeouts in 19.2 innings pitched. Orze throws at a high three quarters arm slot but lowers the release point enough to cause the ball to sink. He will not overpower hitters with a 92-94 mph fastball, but the sink makes it a heavy ball to hit.

Orze features a splitter, which has a good drop to it at 83-85 mph. Like most young pitchers who throw the split, it needs more work on its control to become a true strikeout pitch. His slider sometimes looks like a cutter when thrown in the high-80s instead of the mid-80s. If he can effectively differentiate both, he can be a very useful sinker/slider/cutter pitcher who can be a groundball machine.

The physical and mental makeup is all there with Orze. Despite only having a handful of success in college, the fight and performance over the last two years were enough for the Mets to take a risk.