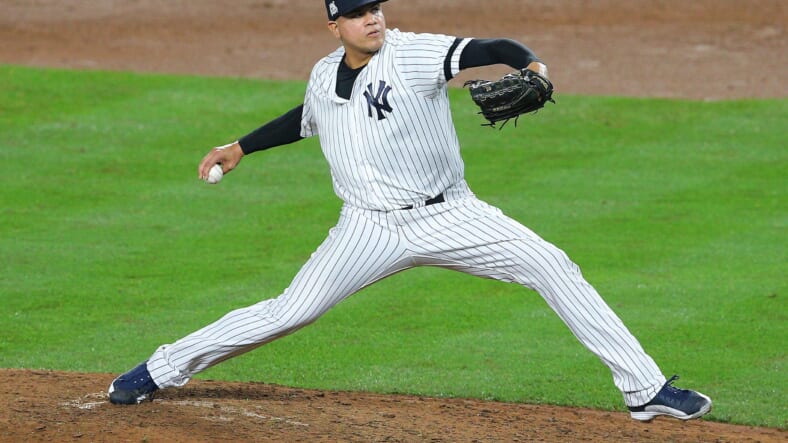 Like many players who signed one-year deals in the offseason, Dellin Betances is going to have a limited chance to show the New York Mets he is still an All-Star. After only pitching in one game during the 2018 season due to Achilles and lat injuries Betances only pitched in a handful of games before Coronavirus delayed his comeback journey.

Sights and sounds of spring training: Dellin Betances, who's taking things slow as he works back from an Achilles tear, warms before a simulated game at Mets camp: pic.twitter.com/xixw10cZOX

Betances was on track to return during the first month of the season if everything went to plan. One of the doubts of signing Betances was the obvious health concerns. Those were the only thing standing between him and a multi-year deal.

If you have taken a look at any Betances article or column over the last 48 hours you will see a lot of people who had nothing else to write about. When describing Betances the word “if” is brought up a lot. These pertain to his health and control which is understandable. What does not make sense is these so-called “experts” are not breaking anything new or giving us any helpful information.

The analysis is simple.

Betances is going to have trouble find his footing once baseball activities finally resume, just like every other player. The extra time works in his favor instead of against him. All of his ailments will have extra time to heal and combining that with his pending free agency in the offseason. At age 32, he does not want to be the Fernando Rodney type of reliever where he bounces from team to team each season.

Confidence should be sky-high for Betances. His track record shows nothing but dominance and even an average year gives the Mets a quality bullpen arm.