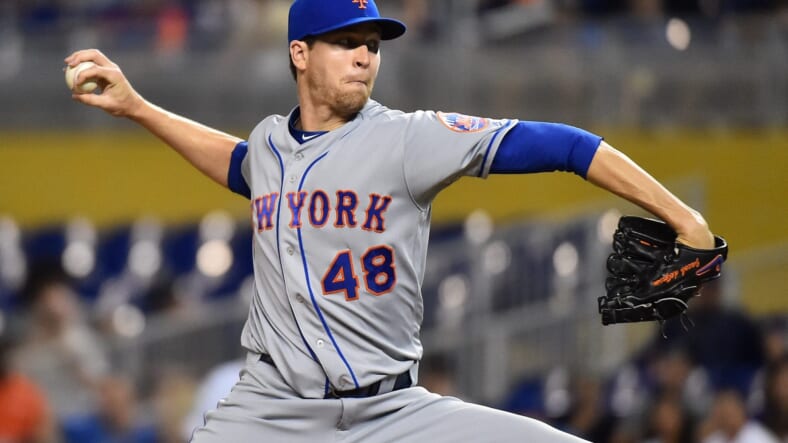 The New York Mets put all of their valuable assets on display against the Houston Astros. Jacob deGrom had another dominant outing, and the offense pushed across eight runs in an 8-3 victory.

deGrom pitched four innings, allowed one run, and struck out six. His fastball did not quite reach 102 again, but he sat in the 100-101 range. deGrom also showed his best slider of the spring, which resulted in plenty of swings and misses. The one run allowed came on a high home run from Jeremy Pena, which bounced off the top of the left-field fence.

Jeurys Familia struggled with his control again but worked out of a bases-loaded jam to complete a scoreless outing. Dellin Betances was the victim of an unlucky bloop double with two outs that resulted in two runs. It should have resulted in an out, but Brandon Nimmo played Taylor Jones like Hank Aaron. The weak double ballooned Betances spring ERA to 13.50.

Trevor May bounced back from a couple of rough outings to strike out three in his one inning of work. Miguel Castro and Sam McWilliams finished off the eighth and ninth to give the Mets a win.

It was all hands on deck for the Mets offense as five different hitters. Dominic Smith‘s three-run home run put the Mets on the board in the third inning. The homer was another example of his unique ability to wait back on the breaking ball. In the fifth, Pete Alonso took a high fastball and drove it into the left-field picnic area.

The third Mets homer came from Francisco Lindor. His no-doubter was his first homer as a Met and second hit of the day. Brandon Nimmo’s single and Jeff McNeil‘s double drove in the other two Mets runs.

On Wednesday, Joey Lucchesi (0-0, 0.00 ERA) makes his first start of the spring against Sandy Alcantara (0-0, 0.00 ERA) and the Miami Marlins. The road game for the Mets begins at 1:05 p.m. ET from Roger Dean Chevrolet Stadium.