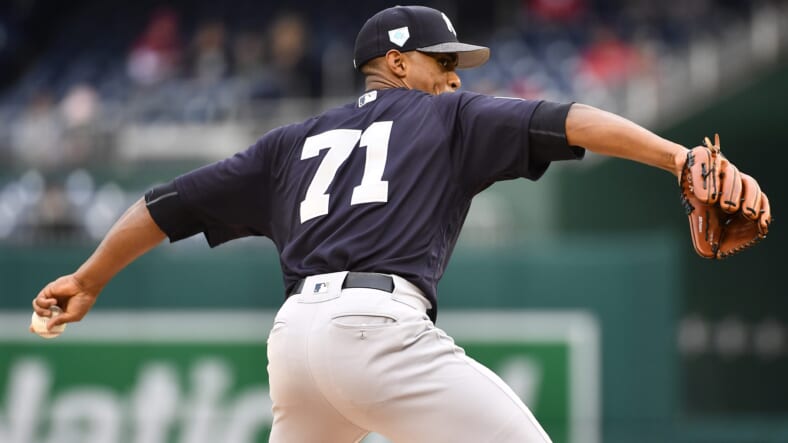 The New York Mets continue to add to their minor league depth by claiming left-handed reliever Stephen Tarpley off waivers. Tarpley spent the abbreviated 2020 season with the Miami Marlins after starting his career with the New York Yankees.

Curveball is his best pitch. pic.twitter.com/5LuuNiCQMv

The 27-year old struggled and put up a 9.00 ERA over 12 games with the Marlins. Tarpley sharp breaking ball is his trademark pitch to neutralize left-handed hitters. In 2020, lefties actually hit better against him than righties, but throughout his career, Tarpley has typically won those matchups.

Despite a 6.65 career ERA, the Mets needed Tarpley to fill out their bullpen depth. At the moment, Daniel Zamora is the only left-handed reliever on the 40-man roster and is a similar pitcher to Tarpley. Both are long shots at making the roster out of spring training. Tarpley will compete minor league acquisition Jerry Blevins in the Spring as well.

Tarpley, Blevens, and Zamora are all insurance for the possibility of Brad Hand signing elsewhere.