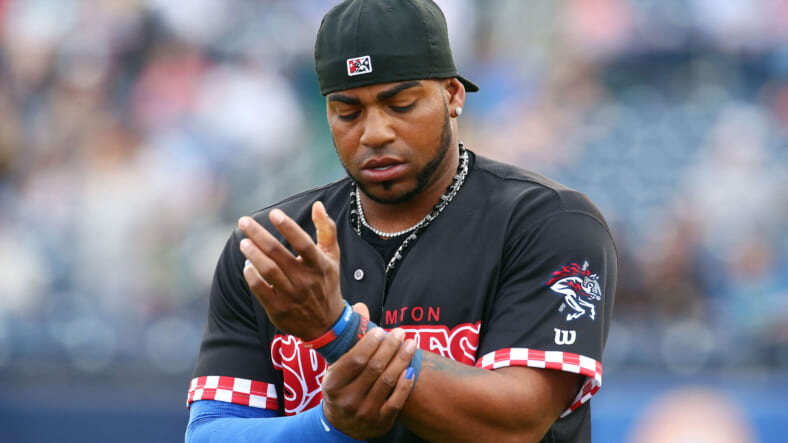 It was the same story but a different day for the New York Mets, but the mysterious absence then opt out of Yoenis Cespedes became the talk of the game in their 4-0 loss to the Atlanta Braves. As for the players who were on the field, they failed to take advantage of ten hits in the shutout.

So today’s fiasco seems to be either:

1. The Mets sent a statement designed to shame Yoenis Cespedes.

2. The Mets sent out a statement to say Yoenis Cespedes didn’t come to work — but without first determining his wellbeing.

A well-run organization would do neither.

It was another chapter in the book of stupidity from the franchise. There were multiple reasons why the Mets made a dumb decision by releasing their statement as early as they did. Brodie Van Wagenen released it shortly after game time, and it became more talked about than the game itself. The Mets also released the statement knowing as much information as we did. They could have held off on releasing any statement at all until they received any new information.

We had to wait until the game ended to find out Cespedes is opting out for the rest of the season. It is a sad ending to a tenure that started in brilliance in 2015. Like we saw with other Cespedes teams in the past his attitude and character forced him to move from team to team. It was clear that his performance was the dictating factor for his opt-out, using “COVID” reasons for his opt-out. Should he have played well, there is no reason why he would not have remained with the team.

There Was a Game Today?

At this point, it is comical at how bad the Mets are at driving in runs. They continued their struggles with runners in scoring position, going 1-for-15, and leaving 13 total runners on base. Strikeouts and double plays kill the Mets as well. They had 11 on the day, and both double plays killed key rallies. For once, the Mets received decent pitching, but the offense, like Cespedes, was absent.

David Peterson with another solid outing this afternoon pic.twitter.com/oMjcvnbhYu

David Peterson gave the Mets another solid start to build on his debut. The rookie pitched six innings, allowing two runs and striking out eight. Peterson used his slider to keep the Braves off-balance, and it helped get swing and misses on his fastball. He also ran into trouble during the third and fourth innings, which could have ended his outing early. Peterson got stronger after that, retiring the final eight batters he faced.

Edwin Diaz pitched after Peterson and immediately walked the first batter he faced. It prompted a visit from pitching coach Jeremy Hefner, and it looked like he did a majority of the talking to get Diaz’s mind in check. Diaz responded great by recording a strikeout and getting a soft liner that Robinson Cano turned into a double play. The outing is a good step in the right direction for Diaz’s attempt to revive his career.

Jeff McNeil and Robinson Cano continued doing all they could to attempt to get the Mets on the board. McNeil added another three hits to move his average up to .343, and Cano recorded a hit that extended his hitting streak to 6-games.

Pete Alonso had the worst looking game of his season-long slump. He went 0-for-5 with three strikeouts and left six runners on base. Alonso’s lack of approach showed an anxious hitter who is overthinking at the moment. There is no doubt that he will find his way out of it, but manager Luis Rojas has to think about dropping him in the order until he at least puts together better at-bats.

At 3-7 on the season, they need a tremendous turnaround or a season cancellation to put themselves out of their misery. With the way they are driving runs now, there is no end in sight for the Mets failures. On Monday, the Mets attempt to avoid the sweep as Jacob deGrom takes the mound in an attempt to end the five-game losing streak. He faces off against his Opening Day counterpart Mike Soroka. The first pitch is at 7:10 p.m. ET.