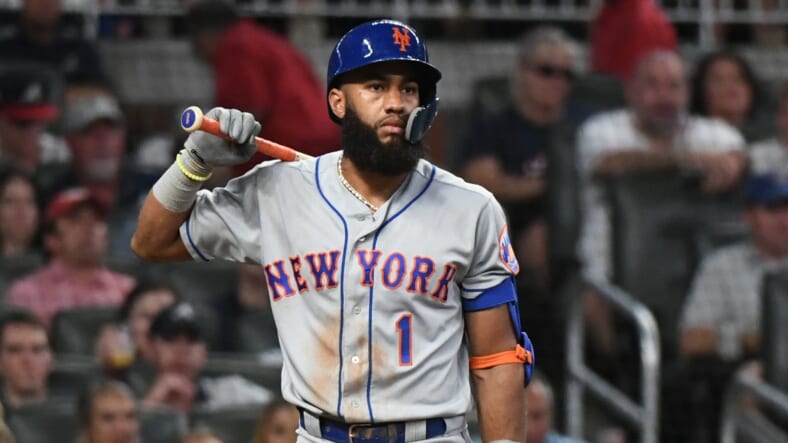 In the last few hours, New York Mets‘ shortstop Amed Rosario saw his name circulate in trade rumors because he apparently deleted some photos from his official Instagram profile. Fans started to wonder if there was a deal in the works, but that’s not the case. At least not yet: it doesn’t mean that it can’t happen in the future.

But Amed Rosario remains a member of the New York Mets. As Tim Healey of Newsday explained it: “For those wondering about Amed Rosarioâ€™s Instagram presence: He deleted Mets-related photos in September to go for a more off-field/lifestyle aesthetic.”

In another Rosario-related piece of news, Healey explained that the Mets’ shortstop wants to improve upon his disappointing 2020 performance. He needs to do so in order to secure his place as the team’s starting SS, given Andres Gimenez’s presence in the roster.

“More significantly, heâ€™s (Rosario) been working this week with Doug Latta (Justin Turnerâ€™s swing guru).” If he manages to improve his offensive output, maybe he can deliver on the promise that once made him a top prospect going through the Mets’ farm.

The Mets need Rosario to wake up

Fielding-wise, UZR loves him (1.0 in 2020) but DRS doesn’t (-3.) After three full seasons in the majors, the Mets want to see some progress from the athletic shortstop.

That’s why he’s seeking the help of Latta. The former high school coach teaches hitting, and worked wonders with Turner prior to the 2014 season. Before that year, Turner was a utilityman with a .260 career average.

In 2014 with the Dodgers, Turner hit .340 with a 158 wRC+ in 109 games. He became another hitter from that point on, and the Mets are hoping Latta can achieve something similar with Rosario.