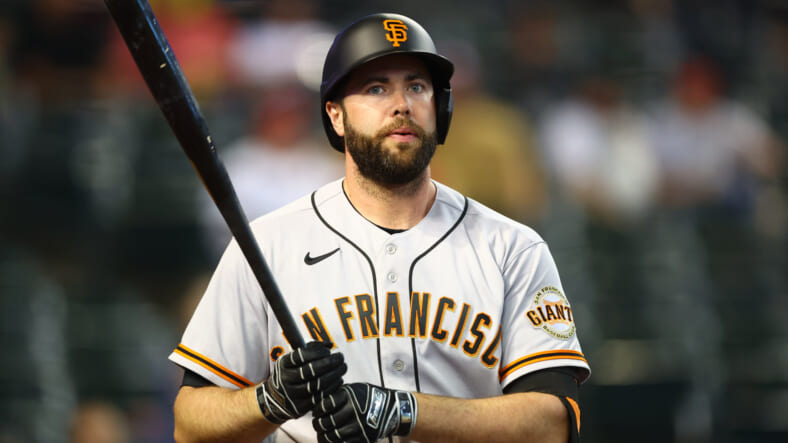 With the trade deadline finally passed, the New York Mets made a move for a bat. They acquired first baseman and left fielder Darin Ruf from the San Francisco Giants.

Ruf is batting .216 on the year with 11 home runs and 38 runs batted in. Over the prior two years, Ruf did bat over .270 for the Giants. He complements recently added designated hitter Daniel Vogelbach.

The two will platoon as Vogelbach will be in the order against right-handers. Ruf will help the Mets lineup against left-handers. This year against lefties, Ruf is batting .252 with nine home runs.

Hopefully, Ruf can give the Mets lineup a boost against left-handed pitching. His .252 average with nine home runs is a clear upgrade in the lineup over Davis. With the Mets’ recent hitting success, Ruf should add to it as a deep playoff run is expected.