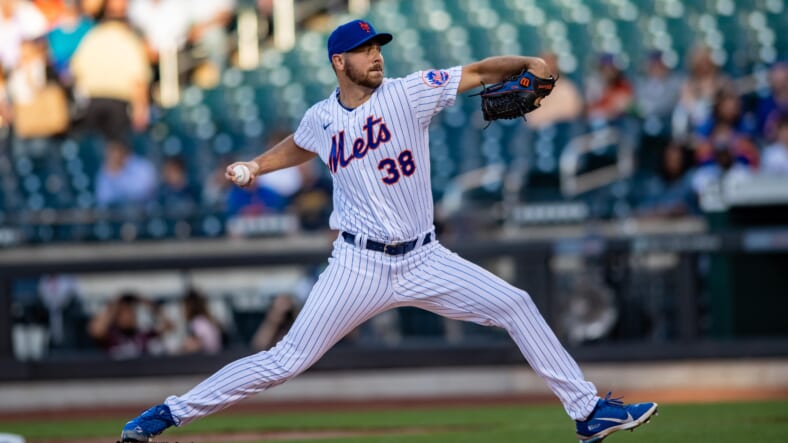 The Milwaukee Brewers were one of the hottest teams in baseball and came in winning 11 out of their last 12 games. Meanwhile, the newly healthy New York Mets came off a good weekend in the Bronx and rode the momentum to beat another tough pitcher. After getting shut down for six innings by Brandon Woodruff, the Mets put up three in the seventh inning for a 4-2 victory.

Pete Alonso continues heating up with a two-run double to give the Mets the lead off Brandon Woodruff. That's three big extra-base hits in as many games for Alonso.

In those first six innings, Woodruff showed why he deserved his All-Star selection. He held the Mets to just one run on one hit and had a very low pitch count. In the seventh, Francisco Lindor battled through a walk then the rest of the order continued their aggressive attack early in the count. The next four batters saw just seven pitches but manufactured three runs.

Dominic Smith moved Lindor to third with a single, and Pete Alonso‘s double drove them both in to make it a 3-1 game. After Jeff McNeil‘s ground out moved Alonso to third, Michael Conforto drove him in with a single. The early attack was the same tactics they used against the New York Yankees, and it paid off against a strike-thrower like Woodruff. Brandon Nimmo continued to be a sparkplug at the top of the order with two more hits and is 7-for-16 since coming off the IL.

Megill Is Here To Stay

Tylor Megill impressed for a third consecutive start as he adjusts to the big leagues. He pitched a gritty five innings, allowing two hits, striking out seven, and his only blemish came on Omar Narvaez‘s solo-home run. Megill has the stuff to pitch in the big leagues, but his biggest improvement will come in his ability to limit his pitch count. He needed 92 pitches to get through his start, but otherwise, Megill has given the Mets everything they could have hoped.

Aaron Loup, Seth Lugo, and Trevor May combined for three shutout innings to bridge the gap to Edwin Diaz. He bent but did not break after allowing a run and the first three runners to get on base. Diaz rebounded and retired the last three guys he faced to pick up his 18th save of the season.

With the Atlanta Braves losing, the Mets NL East lead will be either 4 or 4.5 games depending on the Washington Nationals’ outcome. Brett Anderson will face Jacob deGrom in game two of their series, which is another 7:10 p.m. ET start from Citi Field.