Mets: Star infielder gets hurt at the worst possible time 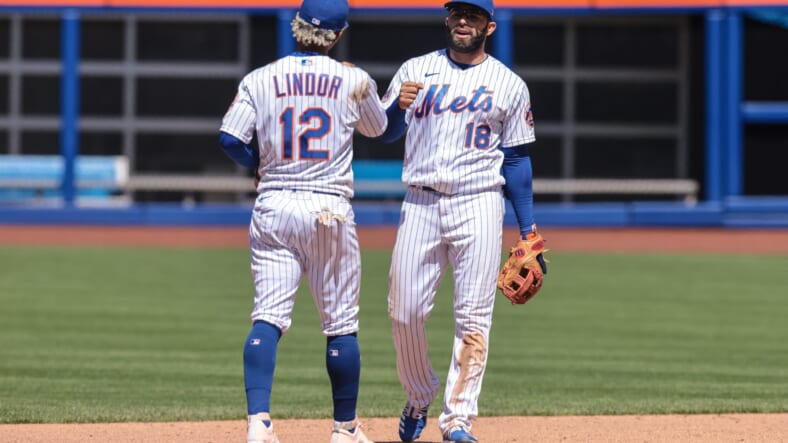 In the middle of what is shaping up to be a thrilling race for the first place in the NL East from this point until the end of the season, the New York Mets got some very bad news on the injury front: Francisco Lindor, their star shortstop, went down with an oblique strain on Friday night and was placed on the 10-day injured list.

The Mets are currently first in the NL East with a 47-41 record, but they are only three games ahead of the Philadelphia Phillies and four ahead of the Atlanta Braves. They need to get healthier, not more injuries piling up.

The official diagnosis for the infielder is a Grade 2 right oblique strain. Travis Blakenhorn was called up by the Mets in a corresponding move.

Lindor had to exit Fridayâ€™s night game against the Pittsburgh Pirates with what was deemed at the time as right side soreness. Itâ€™s still not clear how long he will be sidelined, but since it is a Grade 2 oblique strain, it could be up to 4-6 weeks.

The Metsâ€™ shortstop is week-to-week

Lindor told reporters on Saturday that he is â€œweek-to-weekâ€ as opposed to â€œday-to-dayâ€. The Mets will need to be without one of their best players for a while.

It is the first significant injury since he was traded to the Mets and put pen to paper a $341 million, 10-year contract extension a day before the regular season started.

In fact, the injury is such an untimely hit to the Metsâ€™ aspirations: with the activation of third baseman JD Davis, the team finally had its starting infield healthy.

Now, his season will take a pause.