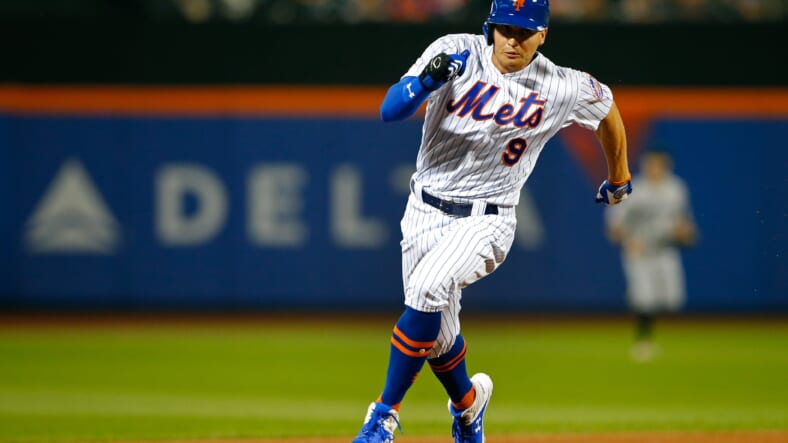 The New York Mets had an opportunity to fight their way back into first place against the Philadelphia Phillies but squandered the opportunity with their lack of offense. For the Phillies, their 5-3 victory was their seventh straight and put them in a terrific position to sweep the weekend series.

The loss for the Mets had plenty of reoccurring themes that have plagued them during their cold streak. Tylor Megill cruised through four scoreless innings to begin his outing but again ran into trouble in the fifth inning. Brad Miller‘s solo homer opened up the scoring and Odubel Herrera‘s majestic three-run shot capped off a four-run inning for the Phils. Megill has now allowed nine runs and four homers in the fifth inning this season as he struggles with getting deep into the game.

The offense was the same ugly disaster it has become all season. The Mets had just two hits through the first eight innings, and their only extra-base hit belonged to Megill. In the ninth inning, they attempted a comeback when three consecutive home runs from Michael Conforto, Jonathan Villar, and James McCann opened the inning. After getting runners on first and second, Pete Alonso and J.D. Davis made Ian Kennedy look like Aroldis Chapman by striking out to end the game.

The Mets were 0-for-5 with runners in scoring position and left nine runners on base. During the Alonso and Davis strikeouts, it was clear how bad the Mets have become at hitting fastballs. Kennedy was only in the mid-90s, but they made his fastball look like it was 102 mph. Whether it is the game plan or lack of execution, it is inexcusable for an entire team to struggle this badly with fastballs.

On Sunday, the Mets will attempt to crawl out of Philadelphia with some dignity against Zack Wheeler. Taijuan Walker gets the ball for the Mets at 1:05 p.m. ET from Citizens Bank Park.