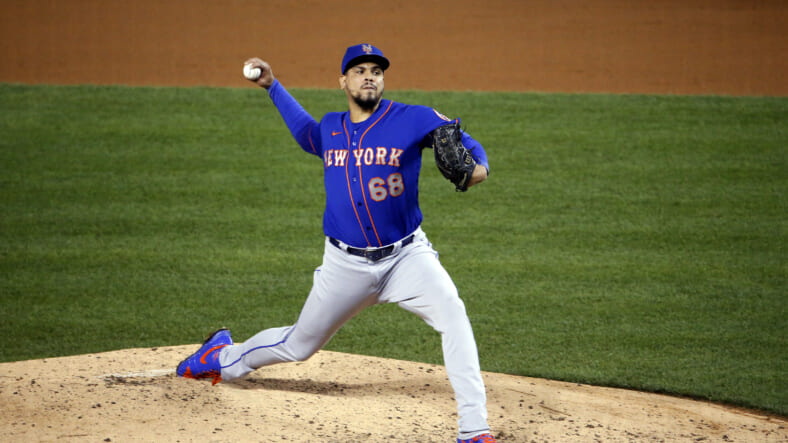 After losing JD Davis earlier in the week with a left hand contusion after a hit by pitch, the New York Mets received more bad news on the injury front. A bullpen that is already without Seth Lugo, its most important contributor in the last few years, suffered yet another injury blow after it was revealed that Dellin Betances has been placed on the 10-day injury list, according to the Mets’ official site.

The right-hander will be on the shelf for the foreseeable future with a right shoulder impingement. The Metsâ€™ reliever conceded a run on a hit, a walk, and a hit-by-pitch in his season debut on Wednesday against the Philadelphia Phillies.

From 2014 to 2018, before signing with the Mets, Betances was perhaps the American League most consistently dominant relievers. He did that with the Yankees, but several injury issues derailed his 2019 season, and an Achilles tear affected his preparation during the offseason and the 2020 campaign.

The Mets called up Trevor Hildenberger

Overall, in the last two years, he suffered from shoulder, lat and Achilles issues. The Mets called up Trevor Hildenberger in a corresponding move before Thursday’s home opener.

Hildenberger impressed the Mets early in camp but due to the team depth, he couldnâ€™t make the opening day roster. He struck out a whopping nine hitters in just 3 1/3 innings.

Betances struggled with velocity in his season debut, maxing out at 93 mph, several ticks down of his top register of 2020, 97.

â€œObviously, in the past, Iâ€™d rely on the stuff I had,â€ Betances said last month. â€œIâ€™m not there right now.â€

The Metsâ€™ pitcher worked out at a biomechanics facility in New Jersey, as he wanted to produce more â€œriseâ€ effect on his fastball. Obviously, the early results werenâ€™t there, as his four-seamer velocity hasnâ€™t bounced back to the levels it had during his days with the New York Yankees.