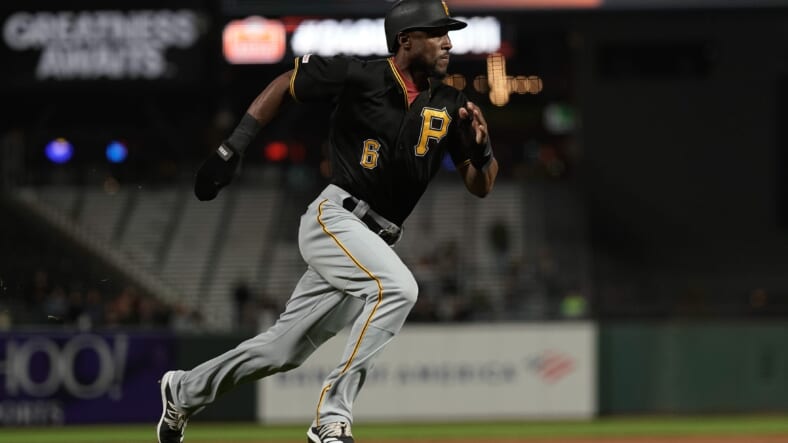 This week, it was reported that the New York Yankees could be interested in free agent center fielder Starling Marte. However, as one of the top players at his position, itâ€™s only logical that he generates buzz all around the league, and in the last couple of days, the New York Mets and Miami Marlins are said to be in on the dynamic outfielder.

In the past few hours, Brendan Kuty of NJ Advance Media had reported that Marte is, at the very least, on the Yankees’ radar. He also said that the players was under consideration in this yearâ€™s trade deadline.

The Mets want Marte, but have competition

One of those two clubs was the Oakland Aâ€™s, the team that acquired him as a rental at the deadline. The other organization is the Marlins, which oddly enough is interested in bringing him back as a free agent this offseason.

The Marlins and Marte talked about an extension, but when talks went nowhere, they decided to deal him, and got promising lefty Jesus Luzardo in return. But it appears that a long-term marriage is back on the table, and Marte has repeatedly said he loves Miami.

The Mets, however, are lurking. They, and â€œmany othersâ€ according to MLB Networkâ€™s Jon Heyman, are also showing interest.

Center field is an area in which the Mets could use an improvement, especially defensively. Brandon Nimmo is the team center fielder and leadoff hitter, and he does a good job, but he is better suited at one of the corners with the glove. Signing Marte would mean that they slide Nimmo, probably to right field to cover for free agent Michael Conforto if he is not re-signed.