Mets: JD Davis keeps producing with the bat, but is a problem with the glove 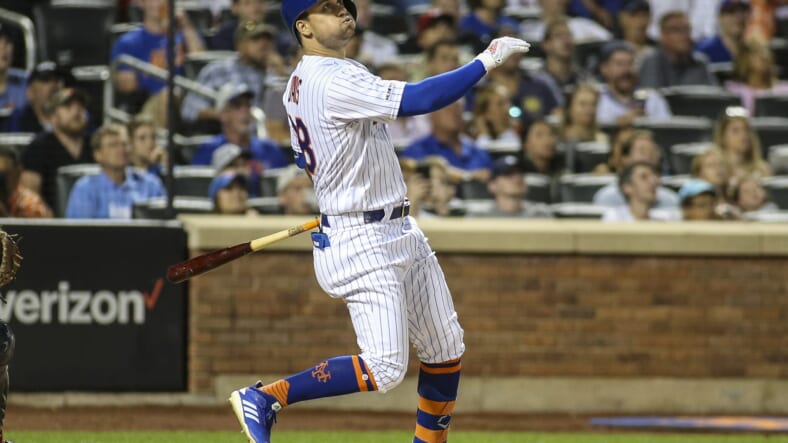 After a highly productive season with the bat in which they were among the very best offenses last year, the New York Mets, before Mondayâ€™s games, are more middle-of-the-pack this time around.

Per Fangraphs, the Mets are 11th in weighted Runs Created Plus, or wRC+, in the early going, with an even 100. Basically, the team has been average with the bat, which is somewhat disappointing considering the obvious talent on the roster.

Yet the team hasnâ€™t been able to fully get going at the plate. Stars like Lindor, Conforto, and Smith have been cold to start the season.

One player that hasnâ€™t had any kind of offensive isues is Davis. The third baseman has really struggled on the field, so much that the Mets often use Luis Guillorme, a superior defender, to man the hot corner. Even routine plays seem complicated to Davis, who is virtually a designated hitter in a league without one.

But boy, he can rake. Even though he missed several games with a left hand contusion after being hit by a pitch in the Metsâ€™ second game of the season, Davis has virtually carried the offense in the last few days.

If Davis keeps playing so well with the bat and so poorly with the glove, he will put the Mets in a difficult position. In the past, he has tried the outfield, but thatâ€™s also crowded. If Smith and Conforto keep struggling, perhaps Davis could start seeing some starts back there. For now, the Mets will have to deal with Davisâ€™ unique, yet problematic profile at third base with no DH to hide his glove.