Mets: Javier Baez is already making a huge impact on the bases and at the plate 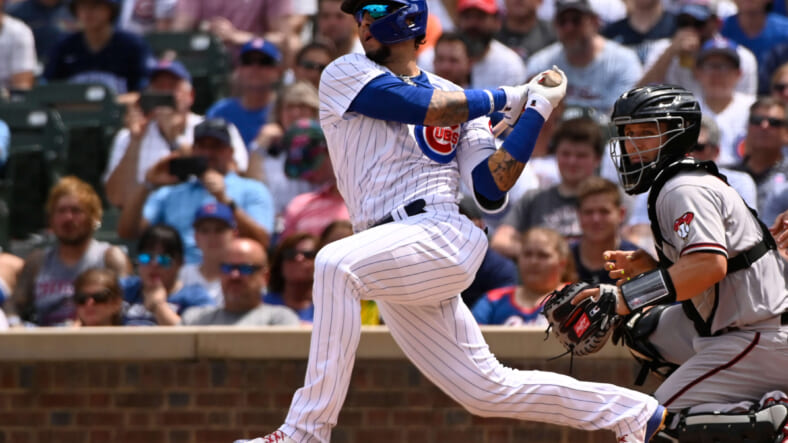 New York Metsâ€™ deadline addition Javier Baez has the ability to be a game-changer in the three aspects a position player can help his team. He has an enticing power-speed combo that has already been on display in his brief time in flushing (even if he is a low-OBP type), he is a gifted fielder, and a very, very good baserunner.

The baserunning and hitting prowess were evident in the Metsâ€™ 5-3 win against the Miami Marlins on Wednesday, a much-needed victory to take the team to a 56-51 record, just 1.5 games ahead of the Philadelphia Phillies.

In the top of the second frame, he raced home from third on a Tomas Nido ground ball, and just when the catcher appeared ready to tag him out, he switched hands and touched the base with the other one, securing an important run for the Mets.

Then, in the eighth inning, he led things off with a tie-breaking homer off right-hander Anthony Bass. It was his second home run with a Mets uniform.

The Metsâ€™ newest addition can win games in many ways

â€œThe slide was early and it was really exciting, but to hit a homer late in the game is the biggest thing for us,â€ said BÃ¡ez.

The dynamic infielder said, according to MLB.com, that his glare after the play was intended for the fans above the Marlins’ dugout, and not the team itself. â€œIt was nothing to [the Marlins]. It was to the fans. They were talking trash to me and I was just going back and forth with them.â€

Thatâ€™s just who Baez is: a fierce competitor that feeds from adversity and uses that energy to his own advantage.

â€œHeâ€™s just a special player,â€ said Mets manager Luis Rojas. â€œOf course the home run to take the lead was the biggest highlight for me, but the slide at home plate was special. He can beat you in so many ways.â€