Metsâ€™ Jacob deGrom is not only pitching like a Cy Young: he is performing like an MVP candidate 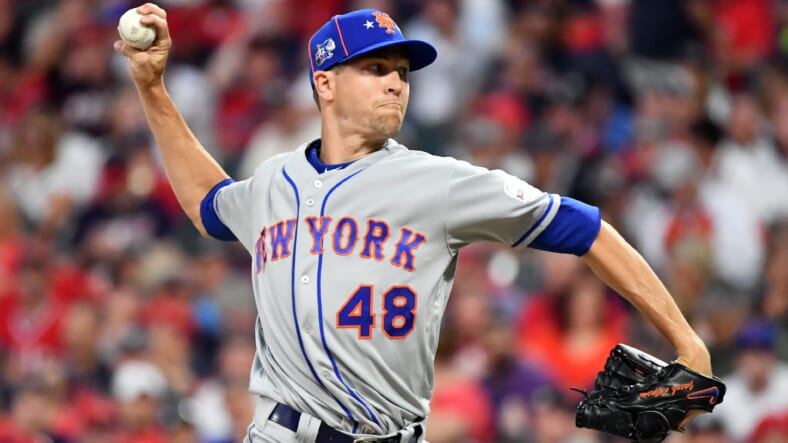 The New York Mets won another game, their fifth straight, last night against the Arizona Diamondbacks, 6-2. And once again, ace Jacob deGrom pitched like a man among boys: he stayed on the mound for six innings and conceded just a couple of base hits and no walks, striking out eight in the winning effort.

For the season, the Metsâ€™ ace has been otherworldly: in 51 innings, he has a microscopic 0.71 ERA and an absolutely incredible 0.57 WHIP. He has walked only 3.9 percent of the batters he has faced, and has struck out 45.8 percent.

The right-hander earned two consecutive Cy Young awards in 2018 and 2019, and there is an argument to be made that he deserved it last year, too. And if we are talking about merits, he should have been the MVP of the 2018 season.

Can he get the MVP award in 2021? The Mets certainly wouldnâ€™t mind.

Last night in Arizona, some â€œM-V-Pâ€ chants could be heard when he was on the mound. He would have to beat the young stars, such as Fernando Tatis Jr. and Ronald AcuÃ±a Jr., but he certainly has a chance if he keeps running a sub-1.00 ERA.

â€œHe was tremendous,â€ Mets manager Luis Rojas told the press according to MLB.com. â€œYou see this guy, itâ€™s almost like heâ€™s getting better and better every time he goes out there.â€

The D-Backs hitters had to deal with deGrom throwing ten pitches harder than 101 mph.

â€œWhat we’re watching is definitely something special. In my mind, he’s in a league of his own,â€ Arizona starting pitcher Merrill Kelly said. â€œThe fact that he has the stuff that he has and can command it the way that he does, I think, is probably what sets him apart the most. You know, there’s a lot of guys in this league that throw 90-100 [mph], but he pitches with it, and it’s relentless, and it’s every single pitch.”

Can he pull off the upset and win the MVP award?