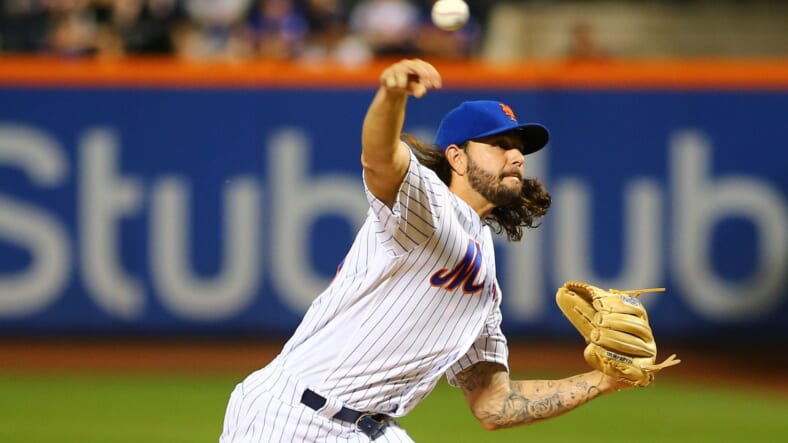 The New York Mets, valuing his ability to be a multi-inning reliever, decided to give one of their roster spots to right-handed reliever Robert Gsellman. He will join a talented unit that includes Edwin Diaz, Trevor May, Aaron Loup, Dellin Betances, Jeurys Familia, and a rehabbing Seth Lugo.

The decision comes on the week of the Mets opting not to give a spot to fellow swingman Mike Montgomery. The team knows that Gsellman hasnâ€™t had a particularly good spring training, but they like where he is currently at stuff-wise.

The righty, who has been with the Mets for his entire five-year MLB tenure and has a 4.67 career ERA, has allowed 14 hits and five earned runs in eight frames during Grapefruit League play, with a couple of walks, four strikeouts, and a 5.63 ERA.

â€œRobert Gsellman was complimented by Rojas for his â€˜stuff.â€™ Mets like that Gsellman can throw multiple innings, which led to their decision to add him to the Opening Day roster,â€ Deesha Thosar of the New York Daily News wrote on Monday.

Robert Gsellman was complimented by Rojas for his "stuff." Mets like that Gsellman can throw multiple innings, which led to their decision to add him to the Opening Day roster.

“G’s stuff is there. He can come in and do something that he’s done in the past, to help us win some games,” Metsâ€™ manager Luis Rojas said, according to MLB.comâ€™s Anthony DiComo.

The Mets also informed over the weekend that Jerry Blevins, a left-handed relief pitcher, didnâ€™t make the team but will instead keep himself in shape at the teamâ€™s alternate training site.