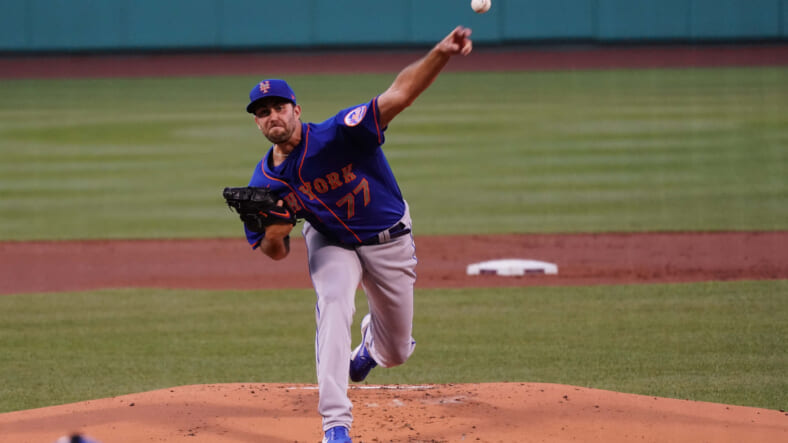 The New York Mets look to take the rubber game of their opening series against the Philadelphia Phillies. After a lackluster performance in game one, the offense led the way with an eight-run performance in the second game. They will have their work cut out for themselves against Phillies ace Aaron Nola.

The Mets will be shorthanded while J.D. Davis rests his injured hand that was struck by a pitch in Tuesday’s game. Luis Guillorme will take his place at third base. Jonathan Villar makes his first start of the season as he bats sixth and plays second base, giving Jeff McNeil a day off. James McCann remains in the lineup for a day game after a night game instead of receiving the usual day off.

The Phillies turn back to their usual top of the order, with Andrew McCutchen and Rhys Hoskins batting first and second. Didi Gregorius and Adam Haseley are the lone left-handed hitters in the lineup against David Peterson. No one in their lineup has faced Peterson more than twice in their career.

David Peterson makes his first start of the season as he looks to build on a strong rookie season. Peterson was solid in the spring with a 3.75 ERA in 12 innings pitched but only struck out three. In 2019, he had a double-digit strikeout game but also had outings with only one strikeout. The jury is still out on the type of pitcher Peterson is at the big league level.

Aaron Nola takes the mound for the Phillies was as good as advertised on Opening Day against the Atlanta Braves. He threw 6.2 innings, but Pablo Sandoval’s two-run pinch-hit home run put a damper on his stellar outing. Nola features a fastball in the 92-94 range and backs it up with a changeup and knee-buckling curveball. Like with most aces, the Mets need to get to him early before he settles in.