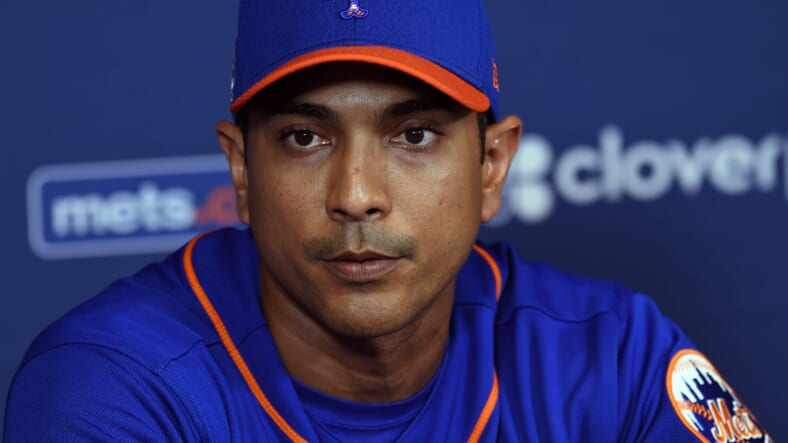 Former New York Metsâ€™ manager Luis Rojas, who was let go by the team on October 4, is an option to remain in Flushing in another capacity. After all, he has fulfilled lots of roles over the years within the organization.

However, he managed the Mets for the last two seasons, and wants to extend his experience as a skipper on another team. Coincidentally, there are several clubs with openings, and he already interviewed with one of them according to latest reports.

Rojas has interviewed with the San Diego Padres for their managerial opening, reports Kevin Acee of The San Diego Union Tribune (link to the article from SNY.tv here).

Acee notes that the Padres have also interviewed Mike Shildt, who recently took the St. Louis Cardinals to the Wild Card game and was dismissed by the organization because of â€œdifferences in philosophyâ€.

The Mets had the opportunity to pick up a club option to keep Rojas around as the manager, but they declined to do so.

The Mets want Rojas around, but not as the manager

The Mets offered Rojas the chance to remain in the organization in “a yet to be determined capacity.”

His 2021 season started off strong, as he managed to keep the Mets afloat in the NL East despite lots of crucial injuries. However, everything went south in the second half and the team finished in third place in the division, with a 77-85 record.

As a manager, lots of analysts and fans have criticized his lineup construction and bullpen management, among other in-game things and situations, but he has his strong suits, too: he earns his playersâ€™ trust and backs them at nearly all times, and he is a highly respected figure around baseball.

The Padres are still scanning the market after firing Jayce Tingler. He led the Friars to a very disappointing season in which they failed to beat the Los Angeles Dodgers and the San Francisco Giants in the NL West standings.