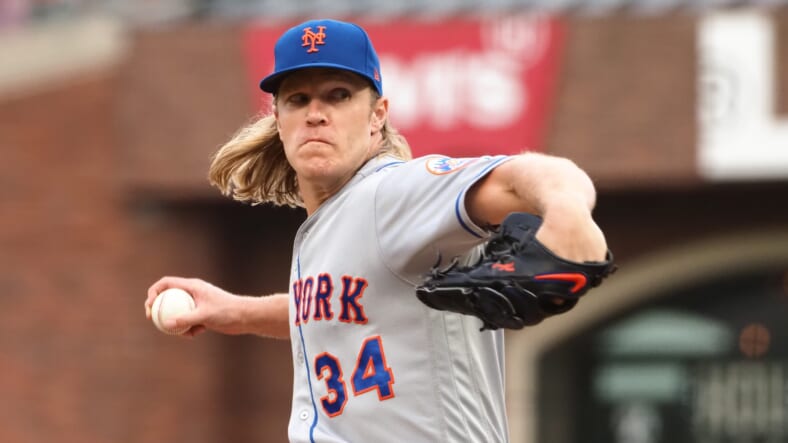 The New York Mets have several high-profile players hitting the market this winter, and will have their hands full making the roster more competitive than it was in 2021. Last year, they underachieved and slumped to third place in the NL East, when they were expected to win it all.

The first steps in the Metsâ€™ offseason were taken when they opted not to renew manager Luis Rojasâ€™ contract. Now, the team is already making baseball decisions even if they donâ€™t have a president of baseball operations or a general manager: they decided to extend qualifying offers to two crucial contributors: pitcher Noah Syndergaard and outfielder Michael Conforto.

If the players accept the offer, they will sign a one-year contract for the 2022 campaign and will earn $18.4 million, hitting the free agency market after next yearâ€™s World Series.

If they donâ€™t accept the qualifying offer, the Mets will get high draft picks for each player and they will test the market this offseason.

The Mets would like to have both players next season

Both players have until November 17 to accept or decline the qualifying offer. Syndergaard, who lost the 2020 season and most of 2021 after undergoing Tommy John surgery and experiencing some setbacks, is widely expected to take the Metsâ€™ QO.

Syndergaard was expected to return around June, and a couple of setbacks held him out until September, when he came back as a reliever and couldnâ€™t throw nothing but fastballs and changeups.

Thor has implied he would take the offer. On October 3, he said that â€œit would be a tough pill to swallow not wearing the Mets jersey next year. I’m just going to take things day by day and try not to focus too much on it.”

Meanwhile, Conforto is also a strong candidate to take the qualifying offer because he didnâ€™t have a good season with the Mets this year and will likely want to re-establish his value. He hit .232/.344/.384 with 14 homers and 20 doubles in 125 games.