Mets clinch, at worst, the top Wild Card spot; and look determined to get that first-round bye 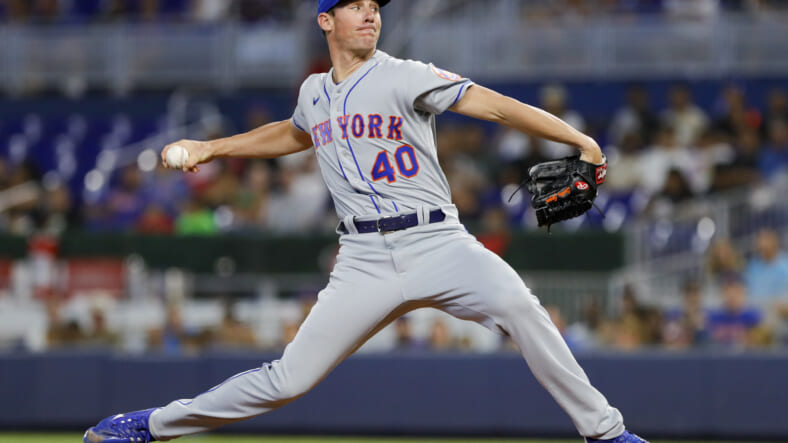 Chris Bassitt’s return to Oakland was a triumphant one. The right-handed pitcher, now a member of the New York Mets, spun eight innings while allowing just two runs in an old-fashioned performance on Friday night, to lead his team to a 9-2 victory over the lowly Athletics.

We say Bassitt pitched an old-fashioned game because he went long (eight innings by a starter is a rarity these days), and because he only struck out two hitters. He did, however, keep batters off balance and induced a lot of weak contact.

The Mets had clinched a playoff spot on Monday, but the NL East remains up for grabs because the Atlanta Braves are still 2.5 games behind them.

With their Friday victory, however, the Mets clinched at least the top Wild Card spot, which means the fourth overall seed and homefield advantage in the Wild Card series.

That would certainly be huge, because according to rule changes implemented before the season, the home club will host all three games in the Wild Card round.

The Mets are trying to hold off the Braves

The winner of NL East, however, will almost certainly be the No. 2 seed and receive a bye to the NL Division Series, and that’s what the Mets are aiming for. They have that lead against the Braves, which isn’t definitive but remains hard to overcome with just over a week left to play; and they also have a seven-game lead over the St. Louis Cardinals, the other team with mathematical chances of getting that first-round bye.

The Los Angeles Dodgers are very close to securing the first seed in the National League and the other remaining bye in the playoff’s first round.

If the Mets can hold off the Braves, they will secure that second bye, and their playoffs journey will start in the best-of-five Division Series.