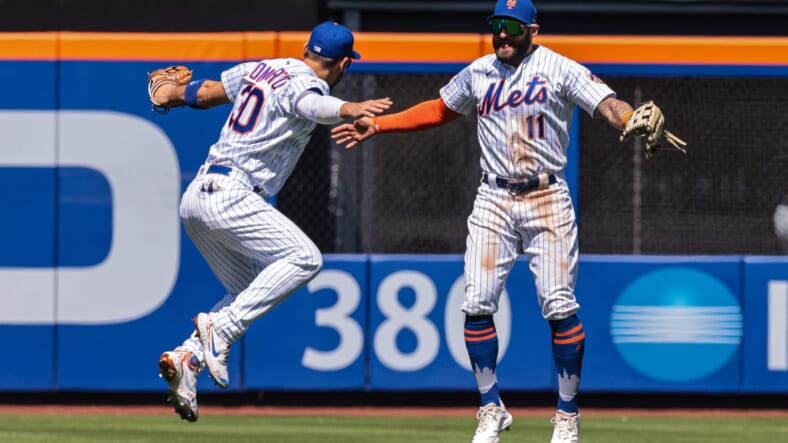 Other teams may have more games played, but for the New York Mets, they just reached the one-third mark of their season, which is 54 contests, last night in Baltimore, and they did it with a resounding 14-1 victory over the Orioles.

They did it behind another formidable outing by starter Taijuan Walker, who lowered his ERA all the way down to 2.07, and two homers by Kevin Pillar and another one from surprising outfielder Billy McKinney.

The Mets are 30-24, firmly entrenched in first place of the NL East division. They have been the leaders for 32 straight days, which considering the fact that they recently had up to 17 players on the injured list, is nothing short of impressive.

â€œItâ€™s something thatâ€™s never really discussed, the fact that weâ€™re in first place,â€ Pillar told MLB.com. â€œWith everything thatâ€™s going on, it doesnâ€™t necessarily feel like that all the time as far as feeling like weâ€™re a first-place team. Our mindset and our confidence resembles that, but weâ€™ve been tested. Weâ€™ve been pushed to the depths of our organization, and guys have just continued to come up and play well.â€

Several of those 17 players have already returned, including Pillar and Walker themselves, Pete Alonso, and Seth Lugo. Others will follow soon, such as Luis Guillorme and Albert Almora Jr., while Jeff McNeil and Michael Conforto are a couple of weeks away. Noah Syndergaard and Carlos Carrasco remain without a timetable, and so do Brandon Nimmo and JD Davis.

But the Mets have relied on guys like McKinney, who came out of nowhere to shine in just a handful of games, to succeed recently.

â€œIâ€™m just grateful for the opportunity to be here,â€ McKinney said. â€œObviously, itâ€™s on tough circumstances with guys going down — you never hope for that. But Iâ€™m just glad that Iâ€™m here. Iâ€™m trying to show what I can to the best of my abilities, and help the Mets win.â€

â€œYou couldnâ€™t be any more proud,â€ manager Luis Rojas said. â€œEvery single guy whoâ€™s put on the Mets [uniform] has just helped us along the way.â€