Could the Mets bring back Carlos Beltran as a coach for 2022? â€œIt wouldnâ€™t be a huge surpriseâ€ 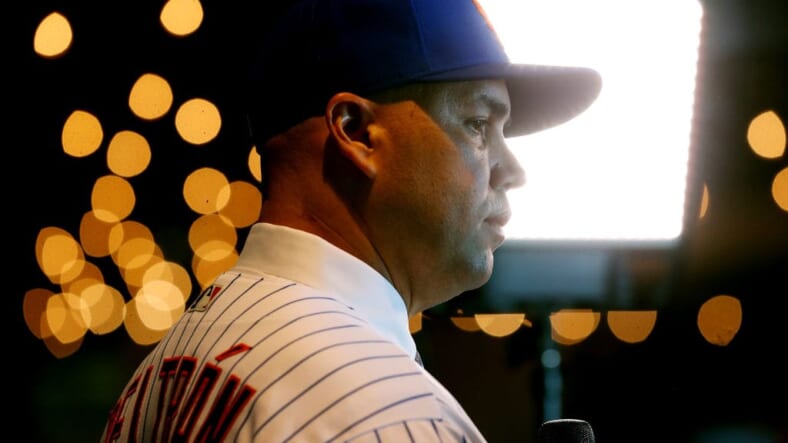 NEW YORK, NY - NOVEMBER 04: Carlos Beltran talks to the media after being introduced the manager of the New York Mets during a press conference at Citi Field on November 4, 2019 in New York City. (Photo by Rich Schultz/Getty Images)

The New York Mets hired Carlos Beltran to be their manager on November 1, 2019. The hire was applauded by most analysts and fans, as he has been described as a baseball man, with deep knowledge about the game.

But after his involvement in the Houston Astrosâ€™ 2017 sign-stealing scandal, Beltran and the Mets parted ways, and New York hired Luis Rojas to take over the team in 2020.

A couple of years later, it appears the Mets could be ready to welcome back Beltran with open arms, but in a coaching role. Per the New York Post:

â€œIt wouldnâ€™t be a huge surprise if (Steve) Cohen and general manager Billy Eppler find a role for the former All-Star outfielder within the organization. Cohen, according to a source, was enamored with Beltranâ€™s hiring as manager two years ago. … If (Buck) Showalter gets hired, the dynamic of pairing a younger presence such as Beltran (as bench coach) with a veteran manager could work.â€

The Mets are still interviewing candidates to be their manager

At the moment, the Mets are making the second and final round of interviews to fill their manager position. Buck Showalter, Joe Espada, and Matt Quatraro are the finalists, and a decision is expected between this weekend and early next week.

Beltran had a fantastic playing career, one that took him to Flushing from 2005 to 2011, when he wore the Metsâ€™ uniform. He was one of the gameâ€™s premier center fielders back in the day.

The baseball universe has been slowly, but surely moving on from the implications of the 2017 sign-stealing scandal. Manager AJ Hinch found a job in Detroit, Alex Cora is the skipper of the Boston Red Sox, and Beltran, who is more than prepared to be a manager in MLB, may be ready to return to baseball in some capacity.