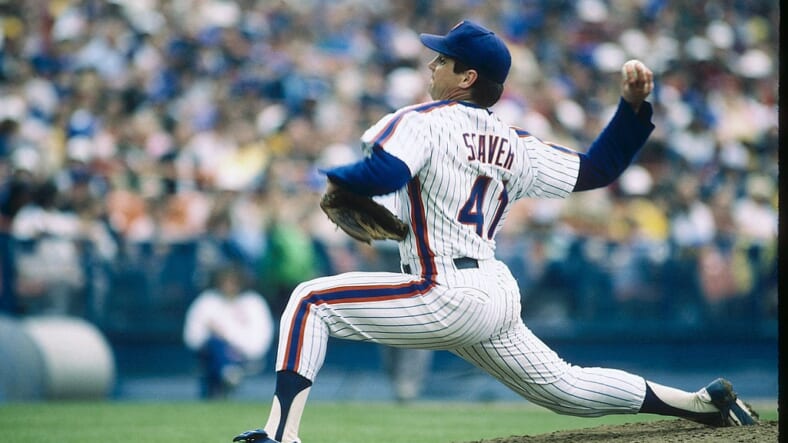 The New York Mets got some sad news to share on Wednesday night. The best pitcher in the history of the franchise, Tom Seaver, passed away at 75. He will be dearly missed because of his contributions in the sixties, seventies and eighties and for being a key cog in the team’s first World Series championship in 1969.

Seaver spent 12 years with the Mets, and earned nicknames such as “The Franchise” and “Tom Terrific.” He was the face of the famous 1969 “Miracle Mets” and also led the team to another pennant in 1973.

The National Baseball Hall of Fame revealed on Wednesday night that Seaver died on Monday at his home in California due to complications from Lewy body dementia and COVID-19.

Seaver, a true Mets’ icon had retired from public life in 2019 upon being diagnosed with dementia.

“We are heartbroken to share that our beloved husband and father has passed away,” Seaver’s wife Nancy, and daughters Sarah and Anne, said in a statement, seen here at The Score. “We send our love out to his fans, as we mourn his loss with you.”

With the New York Mets, Seaver won the National League (NL)’s Rookie of the Year Award in 1967, and three NL Cy Young Awards as the league’s best hurler.

The best of the Mets

Seaver made the All-Star team 12 times and is the Mets’ all-time leader in wins. He finished his illustrious major league career with a 2.86 ERA, 3,640 strikeouts and 311 wins. He is a member of the National Baseball Hall of Fame since 1992.

A no-hitter is among the highlights of his career, and it came in 1978 with the Cincinnati Reds.

He will be forever remembered as one of the best pitchers ever to step on a mound and the greatest hurler associated with the New York Mets. May he rest in peace.