A look into Pete Alonso record-setting season for the Mets 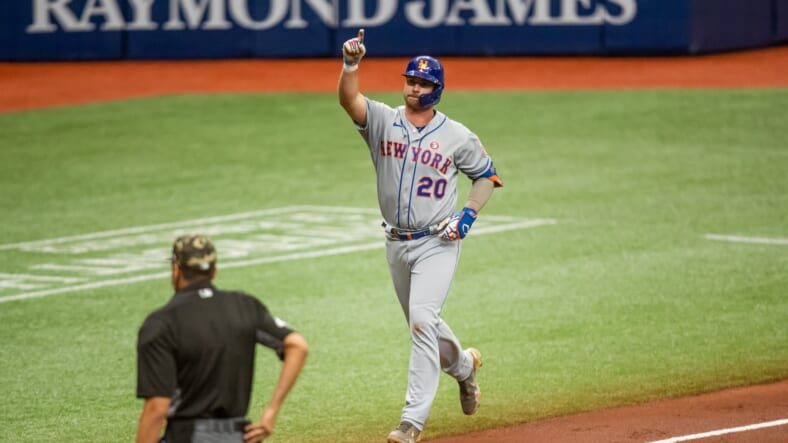 The New York Mets and the Atlanta Braves keep winning important games, and it appears the race for the NL East title is going down to the wire. New York holds a 1.5-game advantage over the reigning World Series champions, and whoever takes the division will likely get a first-round bye in the playoffs.

Both teams won on Sunday: the Braves beat the Philadelphia Phillies 8-7 and the Mets battered the Oakland Athletics 13-4.

During the victory, Mets’ first baseman Pete Alonso went 4-for-5 with a home run, three runs scored, and five RBI. He actually set the franchise record for most RBI in a single season with 128, surpassing David Wright and Mike Piazza, who had jointly held it with 124.

The Mets slugger is looking better than ever

Alonso is now a more complete hitter and looks less vulnerable than ever. He even cut his strikeout rate from 19.9 percent in 2021 to 18.7 percent in 2022. That’s a sizable improvement, and we know that his flyball tendencies are the ones capping his batting average ceiling and not any potential contact issues.

The Mets love Alonso’s plate discipline and batted ball profile, and no, he shouldn’t try to stop lifting the ball so much (43.7 percent fly ball rate against a 36.5 percent groundball rate) because that’s what makes him such a premier power hitter.

Alonso is an effective hitter just the way he is, and it’s nice to see him making even more strides at the plate for the Mets.

Alonso is one of the National League’s most feared hitters, and he will look to keep the party going in the postseason.