3 Mets players who could be traded after the lockout 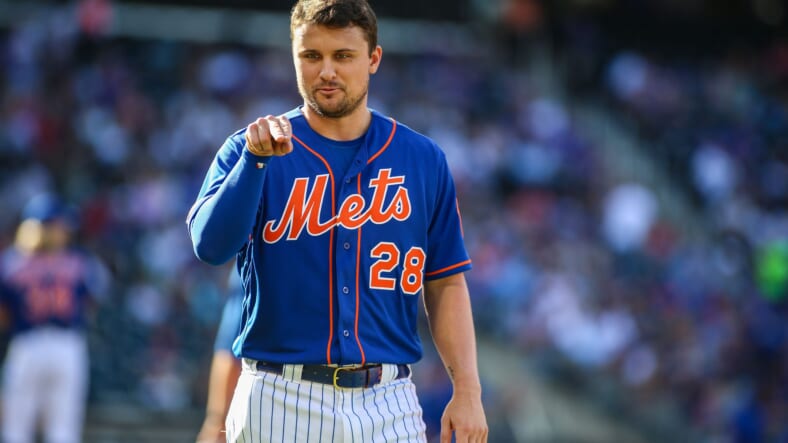 The New York Mets brought several offensive pieces prior to the lockout, including outfielders Starling Marte and Mark Canha and infielder Eduardo Escobar. Their lineup seems set, but more additions can’t be ruled out.

As a results of the Mets’ spending spree, these three players don’t have a clear path towards regular at-bats and could be used as trade pieces to bring more pitching.

With the arrival of Eduardo Escobar and the potential return of suspended second baseman Robinson Cano in 2022, the Mets could look to trade Jeff McNeil if they find a taker. In fact, multiple sources told Inside the Mets (link to SI.com’s article here) that the intention after the lockout is making him available.

After his breakout 2019 and his consolidation in 2020, Smith entered 2021 as one of the top young pieces in the Mets’ roster. Fast forward several months, and now the Mets have a player who struggled mightily with the bat (.244/.304/.363 in 493 plate appearances) and without a clear path towards consistent playing time. He was among the Mets’ least valuable players with -0.5 WAR.

The Mets can use his first-round pedigree and great performances in 2019-20 to shop him around. After all, he is blocked in first base by Pete Alonso and several outfielders are higher than him in the depth chart.

Right now, Escobar, Francisco Lindor, Cano, and Alonso should be the starting infield for the Mets in 2022, barring post-lockout acquisitions. The team is said to be pursuing Kris Bryant, and that could further complicate things for JD Davis.