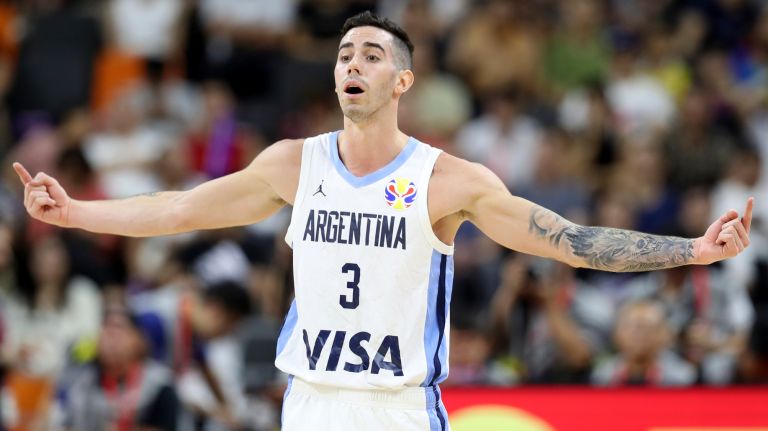 When the New York Knicks signed Argentinian point guard Luca Vildoza to a four-year contract, they envisioned he would be a focal point for the offense in the future. With Derrick Rose and Elfrid Payton preparing to hit the open market, Vildoza remains one of the only true PGs on the roster, but the expectation is that management will bring in another established player if not retain Rose this off-season.

However, Vildoza is playing with the Argentinian national team as they prepare for the Tokyo Summer Olympics in Las Vegas. In an exhibition game against Australia, Vildoza connected, and a half-court shot as the first half buzzer sounded, giving his team a 47-42 lead.

Luca Vildoza from half court! #Argentina a 5pt half time lead over #Australia. Imagine Luca doing that for the #Knicks at the Madison Square Garden! pic.twitter.com/fyNGY7rE0X

Showcasing yet another impressive attribute, clutch shooting, Vildoza is already making waves as the Knicks gauge his talents ahead of the 2021-22 season.

Vildoza finished the contest with 11 points, hitting on 37.5% of his shots from range and 33% from the field. Australia ended up winning the game on a buzzer-beater by Patty Mills, but Vildoza played sufficiently over 18 minutes.

At 25 years old, Luca has drawn glowing reviews from players like Pablo Prigioni, who coined him as a better player than he was when he first entered the league. Luca simply lacks experience at the NBA level. With a fluid shooting motion and quality court vision, he can hopefully be an impact player moving forward for the Knicks.